Valmiki to arrive on Sep 20 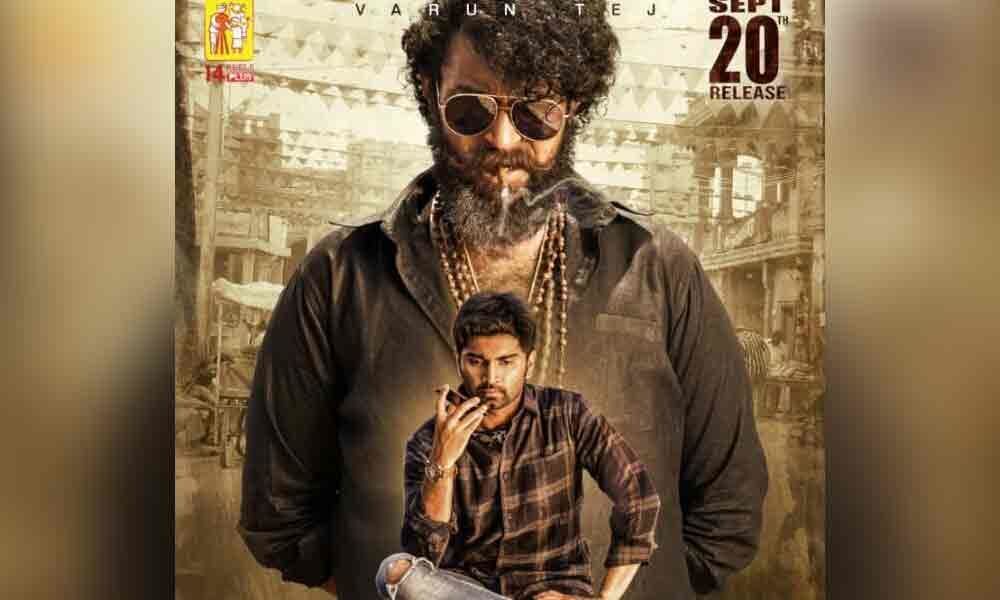 The producers of 'Valmiki' have officially announced that their film will hit the marquee on September 20. The new release date posters were released...

The producers of 'Valmiki' have officially announced that their film will hit the marquee on September 20. The new release date posters were released on Wednesday. Actually, 'Valmiki' is the remake of the hit Tamil movie 'Jigarthanda' that was written and directed by Karthik Subburaj.

The film has Varun Tej reprising the role done by Bobby Simha in Tamil. We also hear that Atharvaa Murali will be foraying into the Telugu film industry with this remake and he will be seen in the role played by Siddharth in the original.

Devi Sri Prasad has been roped in to compose the tunes for the film. 'Valmiki' is bankrolled by Ram Achanta and Gopi Achanta under their banner and directed by Harish Shankar.

In fact, newly-formed Producers' Guild urged the producers to avoid a clash and release their respective films with a gap one week. The producers of 'Valmiki' avoided a clash with Nani's 'Gang Leader' on September 13.