US losing grip on Indo-Pacific region as China surges ahead 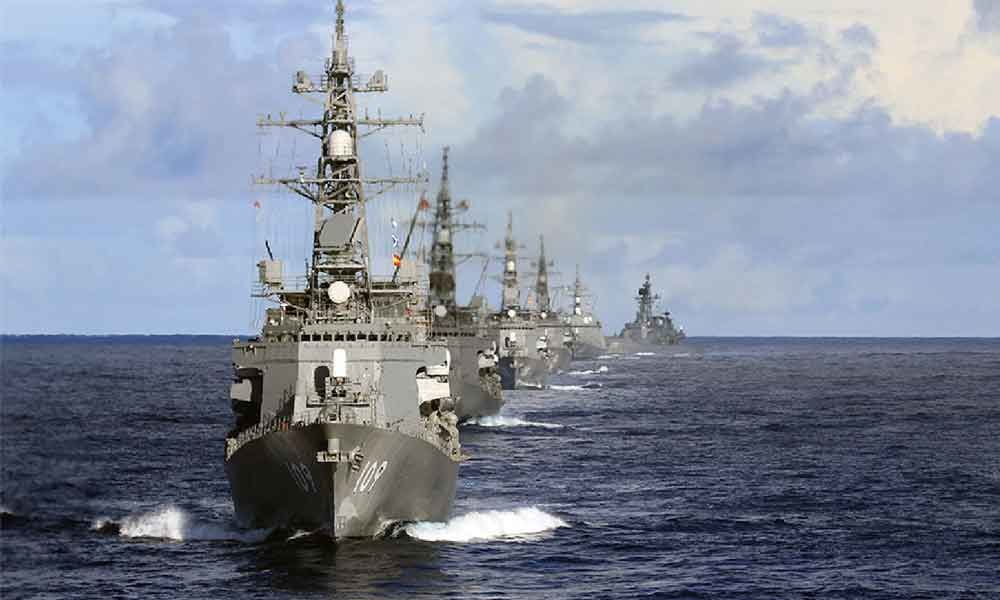 A report by an Australian think tank, the Sydney-based United States Studies Centre, has raised alarm bells among the observers of the Indo-Pacific region as it speaks of the increasing primacy of China in the region due to modernisation of its military.

A report by an Australian think tank, the Sydney-based United States Studies Centre, has raised alarm bells among the observers of the Indo-Pacific region as it speaks of the increasing primacy of China in the region due to modernisation of its military.

It is said that the region is very vulnerable to China which is moving fast to secure a military or strategic advantage at the cost of the United States. The US is helpless in this aspect and is steadily losing ground - rather water - in the region due to its inability to bear the potentially high costs of making its Navy reach this far.

In its report, analysts also lament the "combined effect of ongoing wars in the Middle East, budget austerity, underinvestment in advanced military capabilities and the scale of America's liberal order-building agenda has left the US armed forces ill-prepared for great power competition in the Indo-Pacific."

The report, titled, "Averting crisis: American Strategy, Military Spending and Collective Defence in the Indo-Pacific," adds that over the next decade, the US defense budget "is unlikely to meet the needs of the National Defense Strategy owing to a combination of political, fiscal and internal pressures."

Indo-Pacific, originally a geographic concept that spans two regions of the Indian Ocean and the Pacific Ocean, is not a new concept in itself. "Asia Pacific" has shaped the image of a community of interests linking the United States and East Asia.

The "Indo-Pacific" used by Trump means that India, the United States, and other major Asian democracies, especially Japan and Australia, will join in curbing China in the new framework of growing "Cold War" influence.

Chinese scholars believe that the geopolitical changes brought about by China's rise are the main reason Washington is devoting efforts to boost Indo-Pacific alliances, and the Indo-Pacific strategy is intended to hedge against China's foreign and security policy behaviour.

On the other hand, many scholars also argue that Trump's Indo-Pacific strategy is an update of Obama's "rebalance." As such, changes in the geopolitical environment in the Asia-Pacific region are the fundamental causes motivating the creation of the Indo-Pacific strategy.

Against the backdrop of the relative weakening of the United States' dominant position and the increasing shift of geopolitical and economic gravity to the Indo-Pacific, the aim is to reshape alliances and partnerships to respond to China's rise.

What this latest report suggests is that though the United States is the leader of the Indo-Pacific strategy, it may be fast losing the supremacy to China.

That should be a real concern for not only the USA but also to Australia, Japan and other countries of the region.