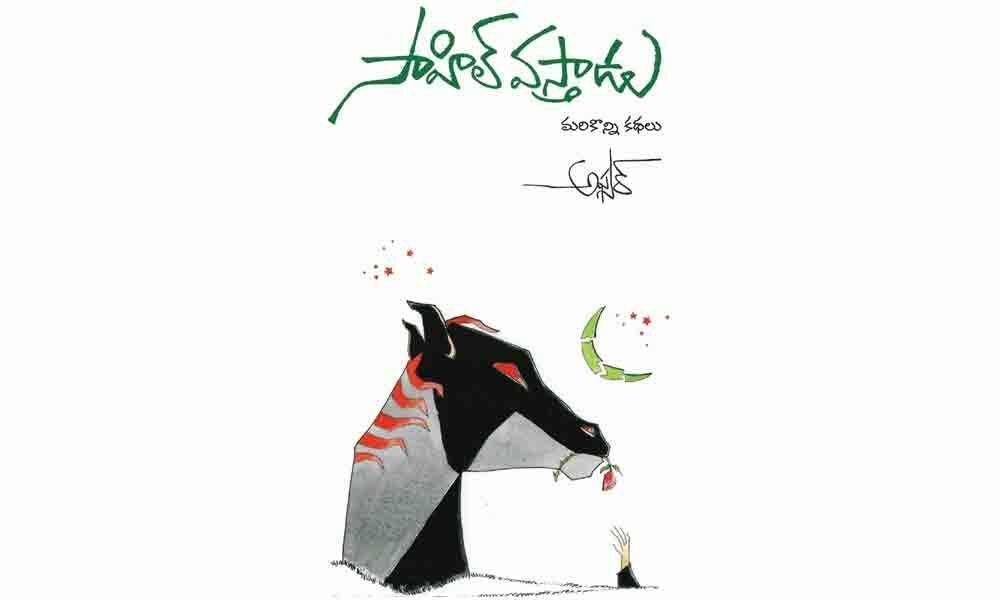 ‘Sahil Vasthadu’ an anthology of short stories emphasises the necessity to cultivate the perspective of minorities and work culture in modern...

Afsar is a well-known name in Telugu literature and is the author of – 'Sahil Vasthadu' (Sahil Will Come Back) a short story anthology released recently in Hyderabad. Afsar is a renowned poet in Telugu having to his credit five poetry anthologies. Now, these eleven stories penned by this poet establish him as a short story writer too.

Currently, Afsar Mohammad is a lecturer of Foreign Languages at the South Asia Studies Department at the University of Pennsylvania. He has to his credit a work he compiled on the Pir festival of the Indian Muslims. Afsar is the worthy son of a worthy father Koumudi a well-known writer in Telugu.

This story anthology is a collection of eleven stories penned by the writer-poet. The title 'Sahil Vasthadu' is based on an eponymous short story in the book.

These stories are an expression of the anguish of the Indian Muslims. They emanate from the identity crisis the Muslims are facing in India. In a recently made film 'Mulk', the protagonist says ''All terrorists may be Muslims, but all Muslims are not terrorists'' is a valid point to be noted.

The fear and hate that has been developed in people when seeing Muslims make their existence difficult. In olden India, Muslims have been accepted as part of society. There remained good relations and friendship between Hindus and Muslims.

The rise of terrorism and the attacks the world has faced during the last two decades created a feeling of hatred and fear in the people.

This hate has become a part in the social psyche and all Muslims are looked upon with suspicion and fear. It is here in this aspect does the Indian Muslims are being demeaned and discriminated. The attitude of the people towards Muslims is not only pertaining to India but the whole world. The innocent humble Muslims are being the victims of this throughout the world.

Afsar's narratives deal with this theme as the backdrop. These are the voices of the Muslim minority living in India. In the story 'Sahil Vasthadu', the titular character Sahil disappears, and no one knows his whereabouts. The writer ends the story with a halfhearted hope that Sahil will return back safe. The stories 'Gorimaa', and 'Mustafa Maranam' deal with the religious life of the Muslims. The underlying theme is how religious practices play an important role in the social life of Muslims.

The story 'Choti Duniya' is a narrative of a young girl's student life in the USA. Having seen the world around, the writer pens down each story with deft, and has captivating narration. Each story makes you stop and think after reading. They give a deep insight into the lives of Muslims and their problems. In India, an additional problem is the caste. The converted Muslims again discriminate among themselves based on the high and low status of the caste. Hence the Muslim in India faces the religious, and caste barriers in society.

In the story 'Vacchepoye Vanallo' the sensitiveness of the writer is vivid in all its shades of life. The story is an artistic expression of the conjugal relationship between a man and a woman.

All eleven stories are unique in their themes and are interesting to the reader.

Feminist writer Volga says, "These are the stories which make us realise the balance we lost in the experiences of human life and help us to regain it."

In his elaborate foreword K Srinivas, (editor, Andhrajyothy daily), says, "All the eleven stories of Afsar, instil sharply pointed angst of identity in the minds of the readers."

'Sahil Vasthadu' is one more value addition to the Indian Muslim literature of the twenty-first century.

- Jagaddhatri is a writer, translator, columnist and literary critic.