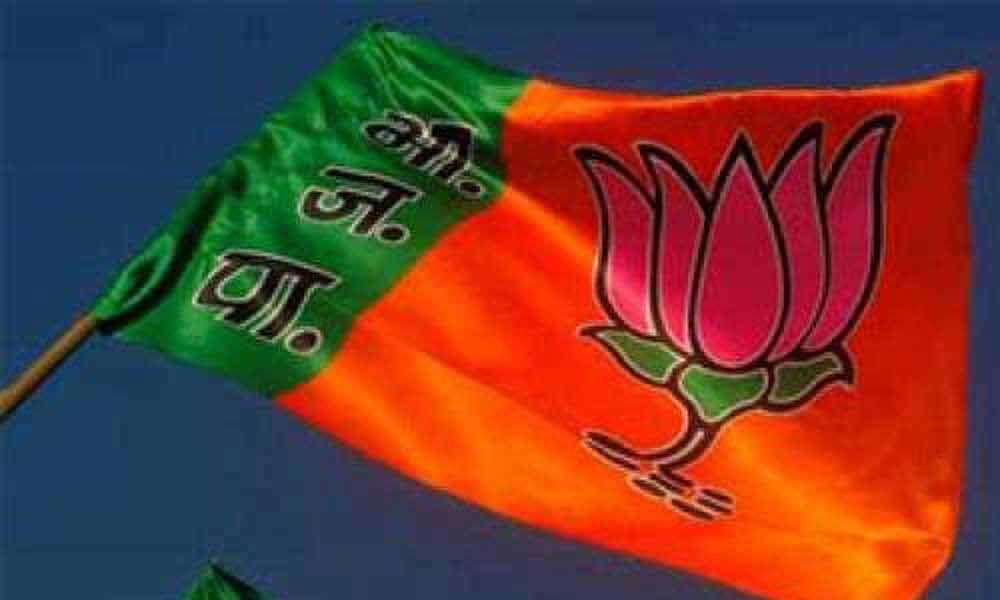 The results of just concluded elections, particularly in Andhra Pradesh, were so far seen as the consequences of several mistakes committed by the...

The results of just concluded elections, particularly in Andhra Pradesh, were so far seen as the consequences of several mistakes committed by the Telugu Desam Party (TDP) and its president N Chandrababu Naidu, who despite his longstanding political experience of over four decades, could not take timely corrective measures.

It apparently widened the gap between the government and the party to such levels where it resulted in the party suffering a severe drubbing in the elections.

It was also said that the fight he had taken up against the BJP was another reason for the party almost getting decimated in the State. It was and is still being said that the YSRCP which has come to power will usher in a new era of politics.

But the political developments that are taking place at the national level clearly indicate that the real winner in the Andhra Pradesh elections is the BJP-led NDA.

Having come to power with landslide victory, the YSRCP can claim that their victory was scripted by God and that the results were a message from above.

They have not been missing any occasion to say that the TDP winning 23 seats in the State Legislative Assembly and three seats in the Lok Sabha was providentially the same number of MLAs and MPs that were poached by the TDP from Y S Jagan Mohan Reddy's party in 2014.

It was said even in the Hindi belt the BJP would not be able to perform well and the big question was after Modi who?

Several names propped up and at one stage it was even said that in the eventuality of not having a consensus among Opposition parties on Prime Ministerial candidate, former President of India Pranab Mukherjee could be the surprise name that may be thrown up.

As far as the southern States particularly, Telangana, Andhra Pradesh and Tamil Nadu are concerned, the regional parties would be the dominant players was the prediction.

When the results were announced, it was felt that the prediction of regional parties continuing to hold sway over the southern belt was a reality, but the way things are moving it appears that the happiness of these regional parties would be short-lived.

The BJP seems to have chalked out a clear policy to see that it gets mukt of regional parties and fill the political vacuum.

The saffron party which has emerged a victor with almost two-third majority on its own had tried to cover as much ground as possible in the 2019 elections compared to 2014 victory but could not save deposits in southern States.

Despite that, it is now trying a different route to stand tall sooner than later in the south.

Though the TDP made all out effort to revoke the 'Telugu pride' which had reaped rich dividends for the party since party president N T Rama Rao forayed into politics in 1981 and came to power in less than eight months, this time, it did not show the impact.

The victory of the YSRCP can be attributed to many reasons but certainly not on account of Telugu pride. The BJP perhaps feels that this is the right time to slowly park itself in the political arena of Andhra Pradesh.

Hence it is moving the pawns very fast to cause serious damage to the yellow party. The first surgical strike took place by poaching four of the Rajya Sabha members.

While the debate on the ethical aspect of such poaching would continue, the BJP appears to be firm in its mission of 'Opposition Mukt Bharat'.

The BJP leaders have been openly saying that this is only just a beginning and many more people would join the BJP soon.

The 'Telangana pride' slogan worked and the TRS bagged a landslide victory. But then the BJP is determined to emerge as the alternative political force in this part. There was a time getting admission in BJP was near impossible.

It was considered to be a highly disciplined party having leaders with strong RSS background. Someone has very rightly said politics is a dynamic situation but now it is just like buying a seat in any college under management quota.

The BJP has also cast its eye on some important leaders from the Congress which is still headless and has not made any effort to regroup its rank and file.

In the meantime, senior Congress leader and strongman from Nalgonda district Komatireddy Rajagopal Reddy is likely to don saffron scarf on June 24 sending alarm bells among the State Congress leaders.

The TS Congress leaders say that the BJP wants to poach good number of its members and see that the party was wiped out from active politics here and at the same time, tighten the bolts on regional parties.

Another section of analysts say that the BJP wants to bring in two-party system in the country as well. So far, we had followed the Westminster-type of parliamentary system.

It has been by and large a multi-party system and this had made India the most remarkable democracy despite its linguistic diversity and political system has been stable and effective.

But the way things are happening now, it appears that the country is moving towards having either one party or two-party system. This is really what causes concern. There is nothing wrong for every party to think of forming the government in as many States as possible.

But the problem would arise when it wants to emerge as Bahubali decimating all its opponents by hook or crook. Single party or even two-party system would result in the party in power dominating all other groups and would tend to suppress all opposition groups.

A multi-party system means that several parties will have existence and people will have a clear choice of electing the party of their liking and help in providing checks and balances.

The Congress, the BJP, the CPI, the CPM, the BSP, the NCP, the BJD, the AIADMK, the DMK, the RJD, the JD(U), the SP, the TMC and several other political parties have been active and there have been times when they even formed coalition governments.

A single party or two-party system has the danger of the ruling party turning dictatorial and it is not good for the country and the progress of economy. It also reduces the choice the voters would have.

It's time where a Kayakalp of the Indian political system takes place and the sooner it happens the better or else we would be moving closer to dictatorial tendencies.

Hopefully people will show their determination to protect the democracy in the country in the elections to State Assemblies due in next six months' time so that the aberrations that appear to be taking place in the political system would be corrected.