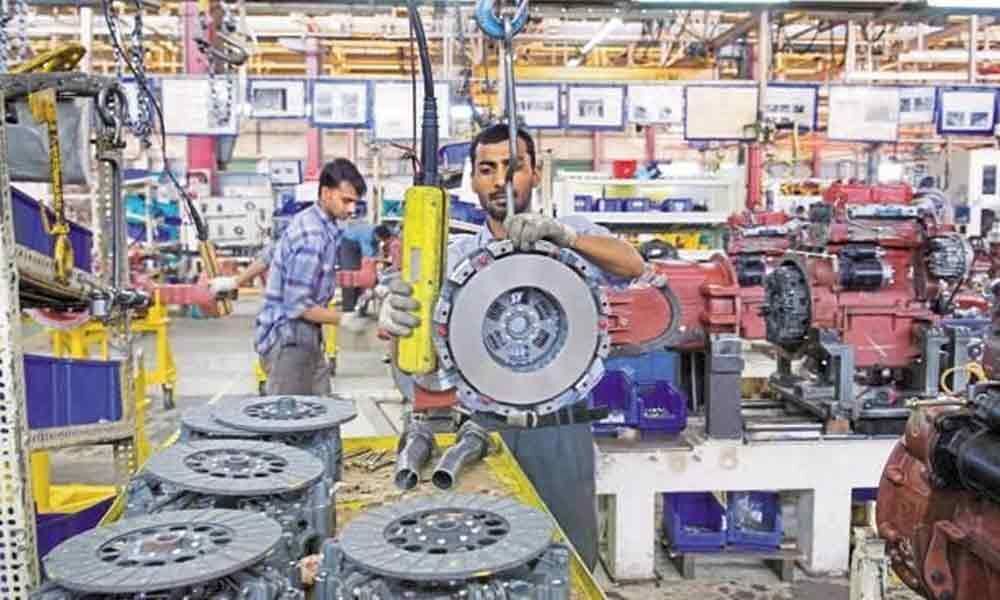 The former chief economic adviser government of India Arvind Subrahmanyam questioned the methodology adopted in compiling GDP figures in India when he wrote an article on this issue in the Indian Express.

The former chief economic adviser government of India Arvind Subrahmanyam questioned the methodology adopted in compiling GDP figures in India when he wrote an article on this issue in the Indian Express.

As per his assessment GDP figures in India between 2011-2018 could have been over estimated by magnitude of 2.5 per cent each year.

These issues of methodology and collection are for the statisticians and economists to grapple with and correct if there are any shortcomings in the methodology but a more important issue is whether the growth rate itself is inclusive improving the living conditions of population across different social sections and regions.

Report by CRISIL has shown that Gujarat, Madhya Pradesh and Haryana are the fastest growing States while Kerala ,Uttar Pradesh and Punjab at the bottom three.

In terms of a growth model of highest labour intensity they found Gujarat, Chandigarh and Haryana States doing better and pointed out Gujarat in particular where the manufacturing is 34 per cent of the GDP equivalent to what China has achieved.

A broad pattern that is emerging in India is strong economic arc of development of the South and the West along with Madhya Pradesh and Haryana.

The east and the north are not doing that well in terms of the growth rates leading to regional disparities.

Gujarat has shown how a greater share of manufacturing can lead to greater employment. At the policy level Government of India should really seriously consider development model where in manufacturing becomes the key focus engine for development .

Second important policy measure would be to focus on ensuring that these investments go to the north and the eastern parts of the country.

New investments left to themselves will have a tendency to concentrate in the south and the west where already atmosphere conducive to industrialisation has built up further widening the gap between regions.

This is where the government will have to play a constructive role by offering additional incentives for location of these industries in the North and the East.

There should be greater public investment in terms of roads railways and infrastructure making it easier for private investment to follow.

But more importantly unless the overall work culture and the governance issues are addressed channelizing private investment to the East and the north would be a big challenge.

Inter- regional disparities are of paramount importance to large countries like India and China. China is consciously trying to address these issues.

Since most of the industrial growth is concentrated on the coastal area more so in the south coastal area, China has stepped up public investment in the interiors and also incentivised setting up of industries in these areas.

It is also controlling inter regional migration through a system of registration known as hukou through which new migrants cannot access the public services in the cities. Once the initial effects of public investment in terms of roads and railways are done in China disparities between regions are again widening. China is consciously trying to address this problem.

For India this is a much bigger problem since linguistic and cultural diversity between regions is far greater in India than what it is in China.

But this also requires improvement in the governance standards and better climate for industry in the North and the East. This is going to be the biggest challenge for the planners.

A higher growth rate by itself may not be an answer for these problems.