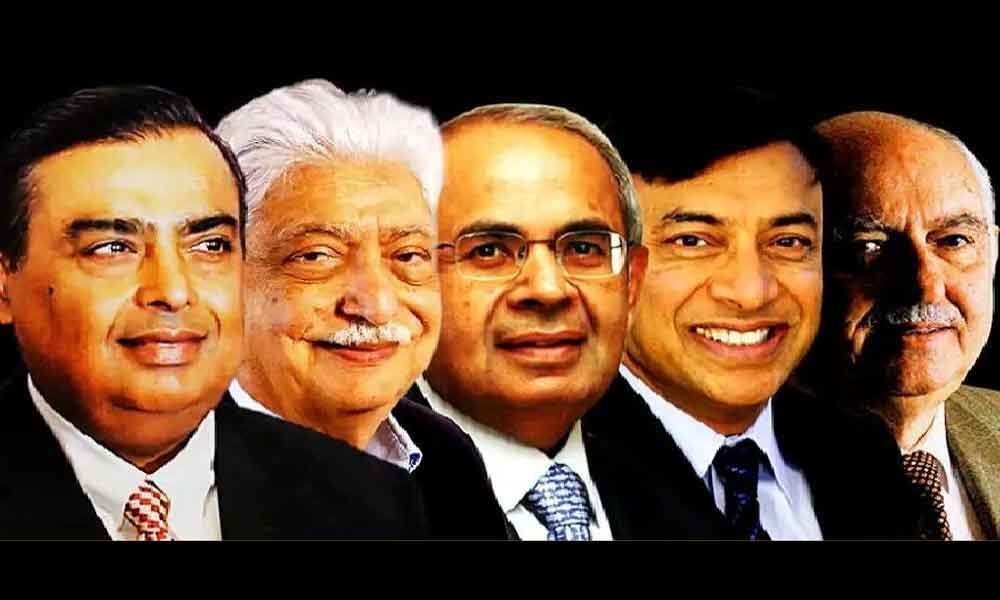 There are a spate of failures of different companies which in the 90s were projected as brand India. Kingfisher which was a strong brand got into losses and Vijay Mallya managed to escape to London.

There are a spate of failures of different companies which in the 90s were projected as brand India. Kingfisher which was a strong brand got into losses and Vijay Mallya managed to escape to London.

Jet airlines which was also a strong brand and was in the air for a long time suddenly collapsed. Siddhartha of Coffee Day took the unusual step of committing suicide alleging tax terror as one of the reason.

Why are brand after brand having been in the business for almost all 20 to 30 years are suddenly collapsing? A look at the way Indian businesses evolved over a period of time may give us part of the answer.

Once the British raj was formally established in the initial stages of the middle of 19th century, Indian businessmen were only concentrating on trading and money lending.

Slowly TATAs got into the textile business with Mumbai as the centre and Birlas in to jute industry headquartered at Kolkata. Two world wars gave them a big opportunity to expand their business and a nascent entrepreneurial ability was getting built in the country.

This was killed once for all by the commanding heights and quota permit licence Raj introduced from Second Five Year Plan onwards.

Heavy industries and infrastructure provision became the responsibility of the government and private enterprise confined itself to production of consumer durables and other commodities.

Even here the model did not leave space for the entrepreneur to exhibit his ability since all industrial activity was controlled by permits and licences.

It became lucrative to get a permit or a licence and sell it to others if one has the right connections. The entrepreneurial class created during this period was only good at manipulation and managing the bureaucratic and political circles rather than adding value to the system.

With liberalisation coming in 90s it was this class which was available for taking the economy forward. Here in lies the main problem of enterprise and entrepreneurship in Indian economy.

With bank nationalisation and with right political connections funds were available liberally if they are willing to share part of it with the political leadership and here came business models with inflated costs which were inherently never viable .

Some of them in a fit of exuberance outreached themselves by trying to build empires far beyond their capacity getting into serious problems of liquidity. And quite a number of them used to the earlier practices of permit quota Raj were only indulging in trading than creation of wealth and value.

The way IPOs (initial public offers) were used to cheat the public with unviable business models and lot of publicity by some of these mischievous elements is another case in example. Public lost their money but nothing happened to the promoters.

If only India in 1950s had adopted an export promotion model instead of import substitution model things would have been different and we would have built world class business enterprises.

It is not to deny the strong brands built by Mallyas, Goels and Siddharth. The genuine entrepreneurs need all the support from the government.

Even if there were some wrongdoings the justice system should be quick enough to give its findings so that they can undergo whatever is the punishment and be back in business as usual.

But if these cases drag on for 20, 30 years entrepreneur will be doing nothing but fighting his own cases which is a loss to the country. Urgent reform for quick disposal of these cases should be focused on.

Coming to the issue of tax terrorism the point being raised by number of entrepreneurs is valid. Tax evasion should not be a criminal offence and they should be given a chance to settle it .

Unnecessary press conferences by the tax officials defaming the entrepreneurs is bad in taste. It should be a confidential process between the businessmen and the tax authority.

Trade and enterprise always follow the flag. Unless the government distinguishes between the cheats and those who had a genuine problem and does everything to help them enterprise will suffer and the 12 per cent growth rate may remain a mirage .