No job in sight for millions of grads 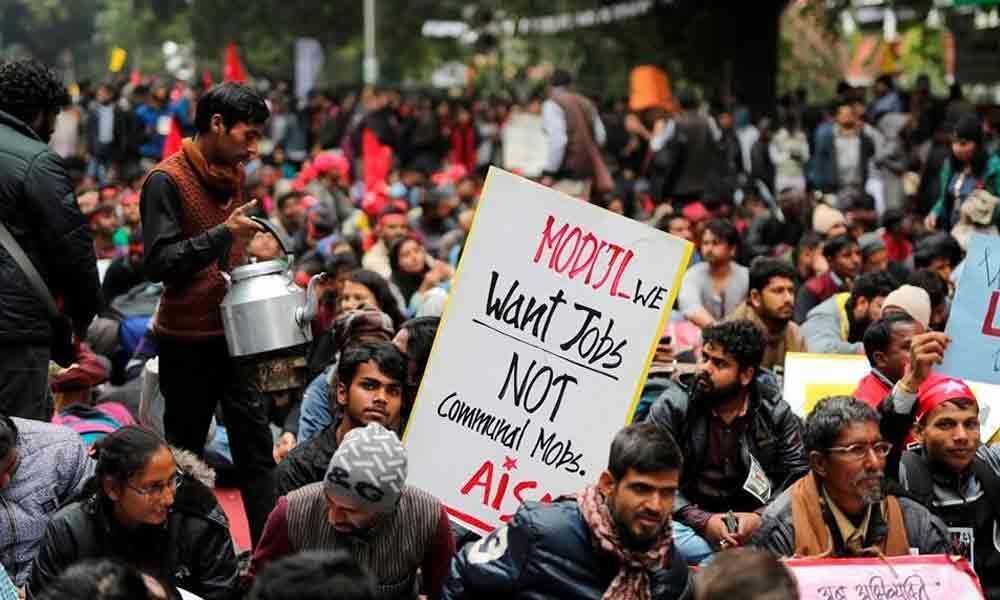 No job in sight for millions of grads
Highlights

Notable among many important achievements our country has accomplished over the last seven decades as an independent republic, has been the progress...

Notable among many important achievements our country has accomplished over the last seven decades as an independent republic, has been the progress in the field of education. There is, however, much that remains to be done. Quite obviously, the foremost task is to contain, if not eradicate, the challenge of infantile mortality.

After all, children need to survive if you have to talk about their going to school!We also need to fully appreciate the precise meaning of the recently introduced constitutional 'right to education'. In this columnist's humble opinion, what the children of the country have really required is the 'right to go to school'.

Needless to say, this right can be realised in full, only if the heads of the families concerned are, where acquired, compensated adequately for the loss of the opportunity to use the children in work instead – be it on a farm, a loom or on a fishing boat.

There are pockets in the country where illiteracy persists, especially among women. The problem of dropouts is yet to be tackled satisfactorily. The capabilities of teachers, the quality of instruction, availability of material in educational institutions and the ability of the students to assimilate the information and knowledge imparted, remain areas of concern.

Still, it can hardly be gainsaid that spectacular strides have been made, especially in the fields of higher education, as one witnesses the reputation IITs, IIMs and Centres of Excellence such as All India Institute of Medical Science (AIIMS) and Jawaharlal Institute of Postgraduate Medical Education and Research (JIPMER) enjoy internationally. Even in the field of primary and secondary education, scores of institutions are available which offer facilities and instruction that can compete with the best in the world.

One important challenge facing the education system of the country today, especially in the context of the rapid changes that have emerged in the environment following the advent of the forces of liberalisation, privatisation and globalisation in the early '90s of the previous century, is achieving greater harmony and sync between the quality and pattern of the demand for, and the supply of, qualified persons.

Of particular concern is the phenomenon of large numbers of qualified personnel remaining unemployed while, on the other hand, similarly large numbers of positions in the private and public sectors remain unfilled for want of suitable personnel. One factor that is playing a major role, in the effort at resolving this mismatch, is the growing realisation that skills are much more important than the mere possession of degrees or diplomas.

No doubt, institutions such as ITIs and polytechnics had been established earlier for the purpose of addressing the requirement of skills. However, they proved unequal to the task of responding with adequate robustness to the imperatives of the fast-changing external environment. It is precisely to solve this problem that institutions of a new genre have come up in recent times.

As has been mentioned in this column earlier, a plethora of new disciplines are emerging in the wake of the opening up of the economy. This presents a great opportunity for institutions to tailor their courses to the unfolding demand. Many innovative and experimental measures are being tried the world over to narrow the gap between demand and supply.

While there are many such institutions in the country today, this columnist has the privilege of sitting on the Board of Governors of the Centurion University of Technology and Management (CUTM), Bhubaneswar which has shown remarkable results in serving the purpose for which it was established. The approach of the institution is essentially grounded in the realisation that flexibility in attitude, and the ability to learn new skills, are primary requisites.

This is so because the cycle of any new skill is usually around 3 to 5 years. The university has also understood the imperative that it needs to work with the industry rather than just for it. The basic thrust is on erasing the line that divides theory and practice. Practice-based teaching is the buzzword.

In order to gain depth in the required expertise, considerable emphasis is laid on projects and internships. In fact, potential employers are invited to join the process of designing the curriculum and syllabus, to achieve greater fine tuning.

Clearly there is a range of issues here crying to be tackled. One of these is the need to realise that the very meaning of education has undergone a sea change in recent times. Gone are the days when the credentials formally acquired in an institution of repute ensured gainful and remunerative employment.

The market is increasingly looking for people who are fired by a passion to succeed and possess leadership qualities - persons who are physically fit, mentally alert and emotionally stable. Such qualities, it need hardly be emphasised, cannot be acquired by a short stint of training at the end of one's education.

They need to be instilled into one's personality equipment as early as in primary school and also continuously to remain a part of the curriculum through middle and high schools and later on. Education in India today largely continues in the "supply" mode or the "putting in" syndrome. It has yet to transit to the "demand" or the "drawing out" regime.

All this will clearly call, not merely for a complete overhaul, of the syllabi and curricula of educational institution but also a completely different understanding of the requirements of teachers and the manner in which they recruited and trained.

On the whole, the approach to this important issue must be informed by the fact that, no matter what the magnitude and nature of effort that is put in, there may not be enough jobs for graduating classes in the coming years.

The demographic mismatch created by the fact that 2 to 21/2 crores of youth are getting added to the list of job seekers in the country every year, with nowhere near a corresponding number of jobs in sight, presents a danger that the present generation- comprising those born in this millennium – could be a wasted one, unless employment and entrepreneurship are focused upon. We need more job creators for the economy.

Something like a Rs 70 lakh crores of investment is needed over the next five years if India is to double its Gross Domestic Product (GDP), which is absolutely essential for creating the required job potential. Time is running out, and we could be staring at the disaster of large-scale unemployment for the teeming millions of the country in the near future if urgent and important efforts are not undertaken.