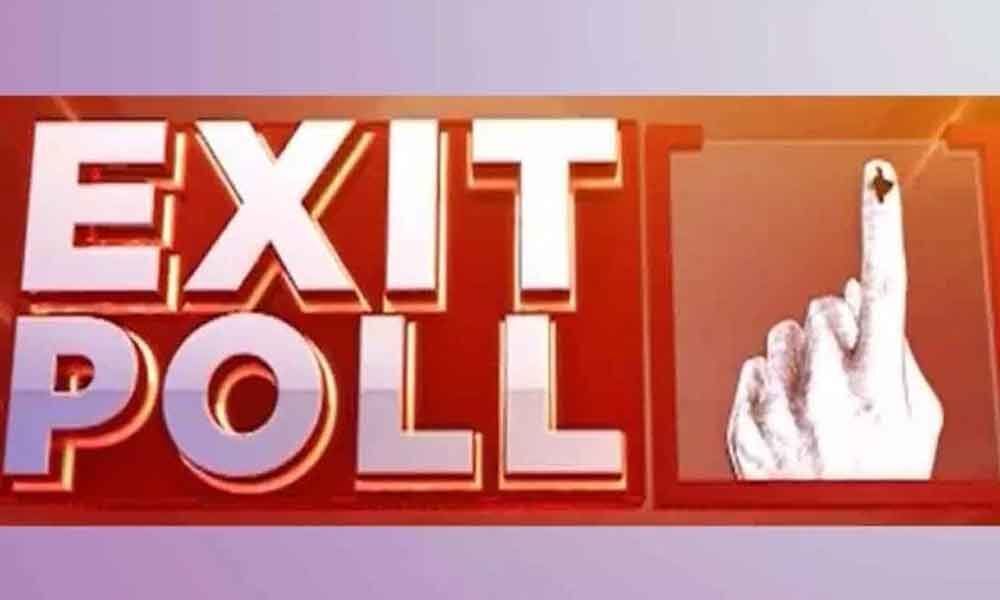 A general consensus appears to have emerged among political parties that the Bharatiya Janata Party will emerge as the single largest party in the Lok Sabha.

A general consensus appears to have emerged among political parties that the Bharatiya Janata Party will emerge as the single largest party in the Lok Sabha.

However, the exit polls raise the question whether the party will have clear numbers, as in 2014, to easily push the NDA tally over the 272 mark in the Lok Sabha.

There are wide divergences in seats that exit polls give to the BJP and its main contenders in Uttar Pradesh, West Bengal and Odisha -- they have become important because presumed losses in BJP strongholds in the Hindi heartland are expected to be offset by gains there.

There is a fourth state where the BJP is not a player but which is poised to play a key role in government formation if the neither the NDA nor UPA gets a clear majority -- that is Andhra Pradesh.

There is a divergence in seats for the two main players, the YSR Congress Party (TSRCP) and the Telugu Desam Party (TDP), who could play kingmaker in possible government formation.

Together these states comprise a hefty 168 seats which could prove crucial in a touch and go situation.

This is perhaps why after the initial euphoria of the stock market following the publication of the exit polls on Sunday which projected that the BJP would be the single largest party -- the stock market rose by 1,422 points on Monday -- the markets fell by 382 points on Tuesday.

The divergences and the wide band within which the exit poll projections are made suggest that the numbers could favour either side in these states, indicating that they could emerge as the swing states.

Consider Uttar Pradesh. Various opinion polls suggest that the tally could be between 33 seats and 65 seats out of 80 for the NDA and between 13 and 43 seats for the mahagathbandhan comprising the Samajwadi Party (SP), Bahujan Samaj Party (BSP) and Rashtriya Lok Dal (RLD).

The Congress, does not figure in the calculations, and is given a highest of four seats in the exit poll projections.

A similar divergence is evident in West Bengal, described by many as the Ground Zero for this election.

Various exit polls have projected between 19 and 38 seats for the Trinamool Congress and between 3 and 22 seats for the BJP out of 42 Lok Sabha seats in the state.

Methodology apart, it appears that there is scarcely any meeting of minds between the pollsters on the tally in West Bengal -- the state where the BJP has never been in power and is determined to capture electorally.

The intensity with which the BJP ran the campaign in Odisha was not like in West Bengal but this too could prove to be a swing state in these elections and in that context the 21 Lok Sabha seats in the state could prove crucial.

Opinion polls have shown little unanimity in their deductions for the state, projecting between 7 and 19 seats for the Biju Janata Dal (BJD) and between zero and 14 seats for the BJP.

The trend of wide divergences in the other three states follows in Andhra Pradesh as well.

In the straight contest between the YSRCP and the TDP, the diverges are as follows: pollsters have given between 4 and 17 seats out of 25 Lok Sabha seats in the state to the TDP and between 8 and 20 seats to the YSRCP.

High numbers for the BJP in the exit polls are founded on two points -- that it will emerge as the largest party in the House and that the NDA will sail through. However, the varying numbers show that this might not be so.