This is how Jagan pipped Naidu to the CM's post… 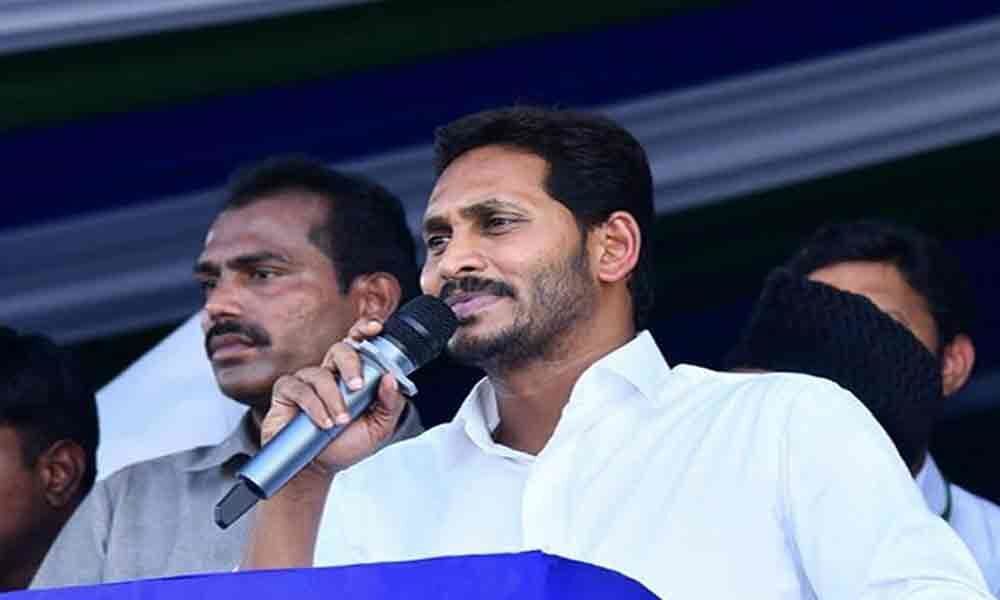 Strikingly handsome. It is how an avowed loyalist of the late Chief Minister Y S Rajasekhara Reddy described when it was clear that the YSRCP won...

Strikingly handsome. It is how an avowed loyalist of the late Chief Minister Y S Rajasekhara Reddy described when it was clear that the YSRCP won four-fifths of seats in Andhra Pradesh Assembly elections. Sceptics may dismiss it as euphemistic way of describing the YSRCP victory by its loyalists.

What the critics of Chief Minister-designate Y S Jaganmohan Reddy have ignored is the writing on the wall. They turned a blind eye to the trend for the reasons best known to themselves. A whirlwind tour of a number of villages in the run up to Lok Sabha and Assembly elections showed divisions among the people in rural areas.

A visit to a village under Nandigama Assembly constituency in Krishna district revealed that the folks there were divided into two groups, one led by a big farmer and another by marginal farmer.

While the faction led by the big farmers, which consisted of farmworkers and the youth, pledged its loyalty to the YSRCP, the other group painstakingly campaigned for Telugu Desam Party.

It was evident that most of the farmers and the youth, besides majority of farmworkers, were bent upon wreaking vengeance on Telugu Desam Party. It was more evident in majority of villages in Amaravati region where the new capital is coming up.

It became evident the people in rural areas have not taken much interest in newspapers, particularly the vernacular media. In some villages, the folks stopped watching the news on electronic media, though they continued to be immersed in watching the 'serials' on the small screen.

This phenomenon may seem strange to observers from outside the State. But it is not at all bizarre. The people in coastal districts, particularly the southern districts, are more politically conscious than their brethren in northern districts of Srikakulam and Vizianagaram.

This was when the then Chief Minister Y S Rajasekhara Reddy won a majority of seats for the Congress in the face of combined opposition challenge and film star-turned politician Chiranjeevi's Praja Rajyam Party. The film actor captured majority of Kapu votes in Godavari districts. But the Congress was able to emerge victorious by securing the support of Backward Classes.

It can be said with certainty that the Backward Classes and Scheduled Classes solidly stood by the YSRC, which enabled it to sweep the elections. What also seemed to have contributed to massive mandate the YSRC secured was because of slight erosion of Telugu Desam Party's Kamma base. The party, according to analysts, did extremely well among not just Reddy community but also among the Dalits, farmers, Scheduled Tribes and the youth in rural areas.

Factions crop up in villages

It is perhaps for the first time that factional politics were witnessed during the campaign in coastal districts. A sizeable section of Kamma farmers in villages extended their unstinted support to YSRCP. It was more evident in Krishna district where the farmers recalled Y S Rajasekhara Reddy's efforts that led to their dream of Pulichintala irrigation project coming true. But it is not to say that majority of Kamma community threw their weight behind the YSRCP.

Though the Telugu Desam Party security a major chunk of Kapu votes this time too, it could not make much impact because of solid support extended by the Backward Castes to the YSRCP. Another reason for worst drubbing for Naidu could be his arrogance that he had singlehandedly built the hi-tech city in Hyderabad and his bragging that he was tech-savvy. It is not of course a new trend.

Way back in 1952 Neelam Sanjiva Reddy triumphed over Prof N G Ranga when they fought a bitter battle for the post of president of Andhra Pradesh Pradesh Congress Committee (APCC). Sanjiva Reddy's victory by one vote was made possible with a Congress stalwart Kakani Venkataratnam voting for him against Prof Ranga. Though Venkatratnam belonged to Kamma community, he voted for Sanjiva Reddy, ignoring Prof Ranga though the latter too belonged to Kamma community.

Even in later years too, most of the leaders, like Pinnamaneni Koteswara Rao who was the zilla parishad chairman for almost two decades, was the follower of Kasu Brahmananda Reddy. Koteswar Rao time and again expressed his gratitude to Brahmandana Reddy for extending all financial support to him to build a strong network of schools in the village, which made a huge impact on the property of the district.

Is it end of the road for Naidu?

With the worst drubbing suffered by N Chandrababu Naidu, analysts may be tempted to jump to conclusion that it is the end of the road for him. It could be that he is 69 and he may not be physically fit to take part in future campaigns as vigorously as he did all these years.

One more factor that led to downfall of Naidu was the police violence perpetrated on common people. The farmers resented being preached morals by the police personnel. The repression let loose by the police on the people in villages during land acquisition seemed to have led to the belief that Naidu is the leading instrument of repression

If Jaganmohan Reddy remains charismatic by fulfilling his promise, his opponents may not be able to challenge him in near future. For that, he has to follow in the footsteps of his illustrious father who had never turned his back on challenges thrown at him by his bitter opponents. He also did not fall into the trap laid by bureaucrats by refusing to downsize the welfare schemes.