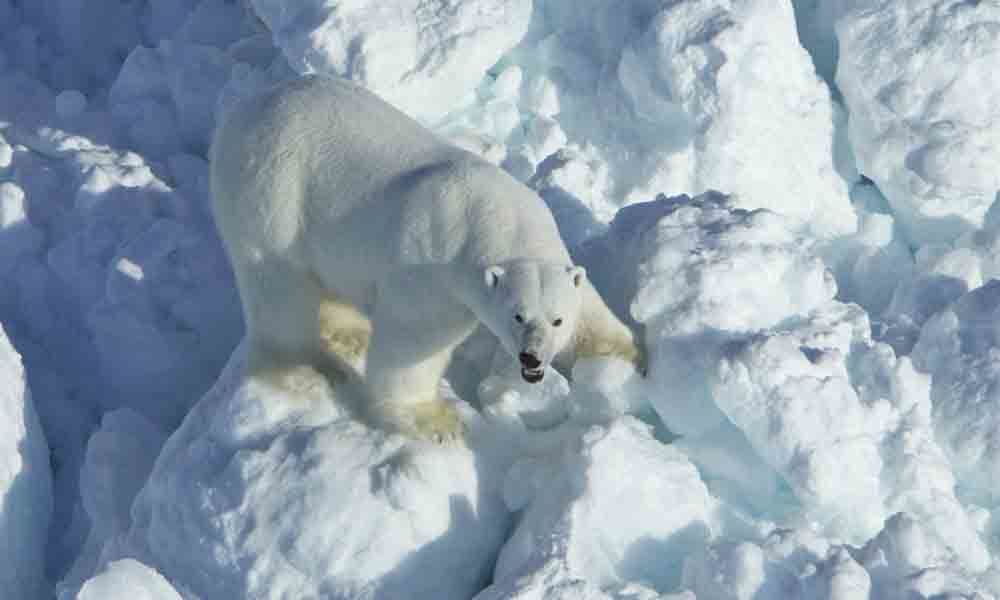 Alaska scientists say the chances of a polar bear encounter have increased after research reveals the bears are arriving on shore earlier and staying on land longer, a report said.

Alaska scientists say the chances of a polar bear encounter have increased after research reveals the bears are arriving on shore earlier and staying on land longer, a report said.

Scientists at the US Geological Survey found changes in sea ice habitat have coincided with evidence that polar bears' use of land is increasing, the Anchorage Daily News reported Saturday. The polar bears come to land from the Beaufort Sea during the ice-melt season, when the sea ice breaks up in the summer and refreezes in the fall, scientists said. The average duration of the ice-melt season has increased by 36 days since the late 1990s, researchers said.

The bears are arriving "a little bit ahead of schedule," said Todd Atwood, a research wildlife biologist leading the US Geological Survey's polar bear research programme. Polar bears usually come to shore in mid-August, but residents have reported sightings as early as May in Kaktovik, a small town about 1,030 kilometers north of Anchorage, biologists said. Resident Annie Tikluk was one of the few who encountered a bear Monday before neighbors scared it off.

Tikluk said her daughter and two nieces were playing outside when "I saw the bear and ran out." "The main issue is that bears in the southern Beaufort are now using land to an extent they haven't used it historically," Atwood said. "And increasing activities in the Arctic, particularly those related to development, the main consideration going forward is probably going to be how bears and humans are sharing those spaces."