Let's all together build a new prosperous India 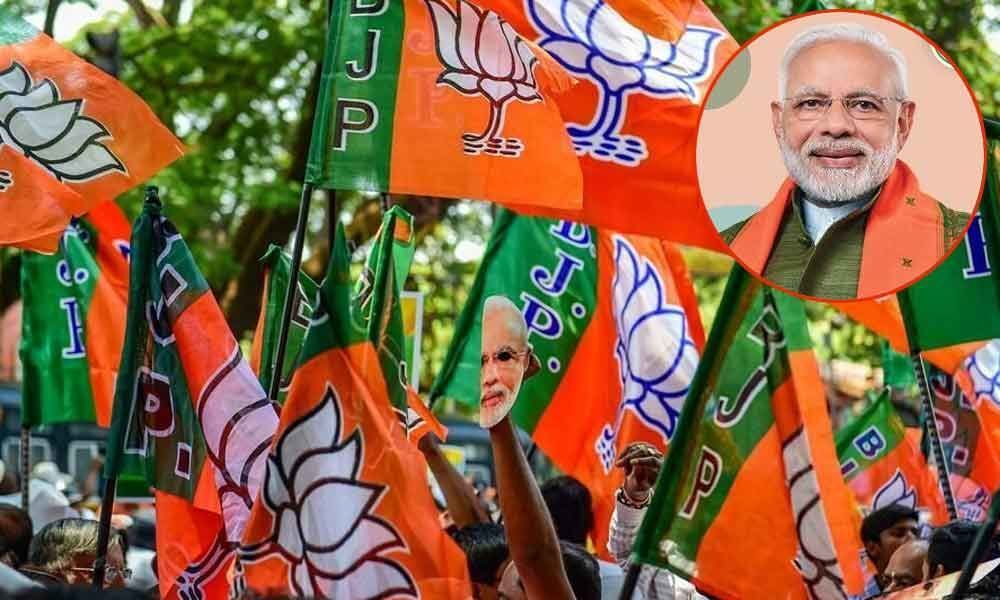 India is a true democracy sustaining all the hiccups and still showing head on in the comity of nations. Now it is a welcoming news that BJP-led NDA got a second term endorsement by the silent voters of India for their just performance in the given chaotic political circumstances.

So many governments ruled for the last seven decades. No doubt there is tremendous development. But the aspirations of the people are high in the changed scenario of development. There lies the responsibility of the government.

This is an ongoing process. Here is a government under the leadership of Narendra Modi with a massive strength of 351 members and a mandate for another five years reposing confidence.

It is at this juncture all the political parties that formed Mahaghatbandhan should realise their mistake and assess the reasons for the setback in the recently concluded elections. Of course, the main reason is dynastic style of functioning in almost all the parties except in AP, Telangana and Tamil Nadu.

It is here the intellectuals, pseudo secularists, bureaucrats, columnists and historians, print and electronic media should think that India is a country striving for unity in diversity and help the governments for the proper functioning of democracy with viable inputs without jeopardizing the health of the nation. They have to shoulder greater responsibility in every of their deeds and action.

Both the ruling party and the Opposition should not term any incident happened anywhere in the country as communal clash without knowing factual information. The State governments should deal the matter as a law and order problem and not a communal issue.

During such incidents, everyone including print and electronic media should keep restraint.

TDP supremo Chandrababu Naidu rightly said to watch the political situation and instructed the cadre not to jump with statements hurriedly.

Likewise, CM of A P Jaganmohan Reddy should not take repulsive measures targeting the TDP or other party members. It is the part of duties of Central/State government departments to inquire into any allegations if any. The law will take its own course. This gives a good atmosphere in the country.

Similarly, all parties should not encourage horse-trading and avoid provocative statements. They should not resort to blame game whatsoever.

Last but not the least, all the Opposition parties including the Congress party are now in the process of changing their leadership to stabilise the democracy with a strong opposition. Of course, it is their internal matter.

If they want to survive, they should do so in a democratic way. As the policies and ideals of all the Opposition parties are almost one and the same i.e. prosperity of our nation, they can start a new party burying their identities to make a revolution in Indian democracy.

They can also concentrate much to identify with the aam aadmi to have a good rapport with all sections of the society and to bring cheers to them. This definitely will help them in the long run.