Modi being insincere on Kashmir issue 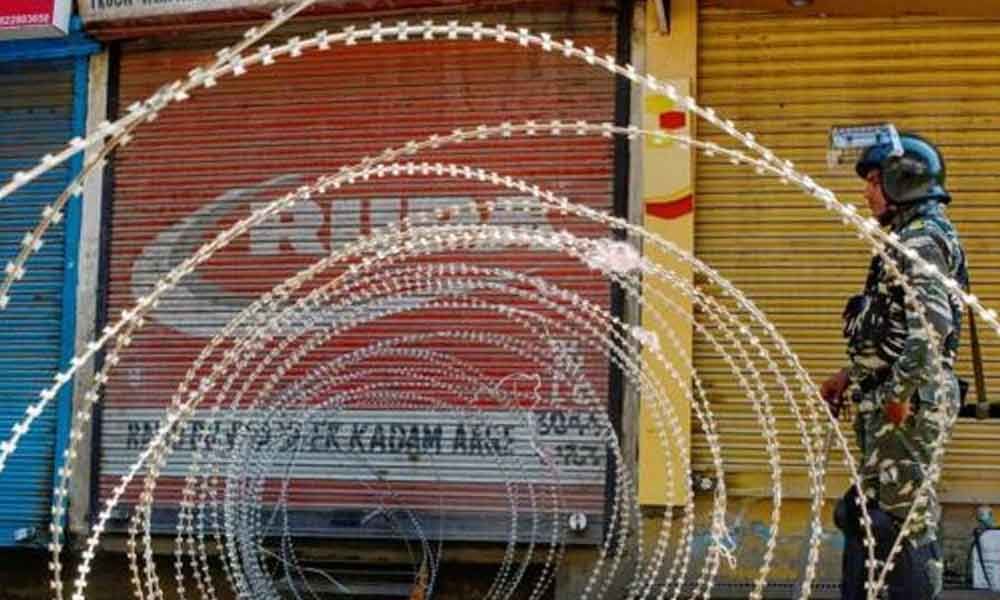 Prime Minster Narendra Modi’s wish, expressed in a pre-election rally in Maharashtra, ‘to hug each Kashmiri and create a new paradise’ rings hollow in ...

Prime Minster Narendra Modi's wish, expressed in a pre-election rally in Maharashtra, 'to hug each Kashmiri and create a new paradise' rings hollow in the face of the ground realities now prevailing in the Kashmir Valley.

It simply does not match with his government's strong-arm tactics to deny the people of Kashmir the freedom to react to the abrogation of Article: 370 and resultant revocation of special status guaranteed at the time of accession to India.

A healing touch in the form of steps which could include restoration of Article: 370 to reduce anger and alienation and banish such words as 'occupation' and 'subjugation' which have become part of the political vocabulary in the context of Kashmir and reintroduce terms such as 'autonomy' and the 'right to self-determination' is needed for the creation of the right climate for 'hugging'.

As for the talk of turning Kashmir into a 'paradise', we are unable to visualize the world's most militarized zone with 'a large bobbin of concertina wire' as a 'paradise'.

Narendra Modi speaks of building a New Kashmir forcing us to ask whether it will be done with 'settlements' of people outside the Valley and ex-army personnel.

Modi's promise of 'development' and 'employment' is unlikely to persuade people to give up their genuine political aspirations.

Modi has not commented on 'getting brides' from Kashmir (spoken of by some BJP leaders) following its nominal integration with the Indian mainland.