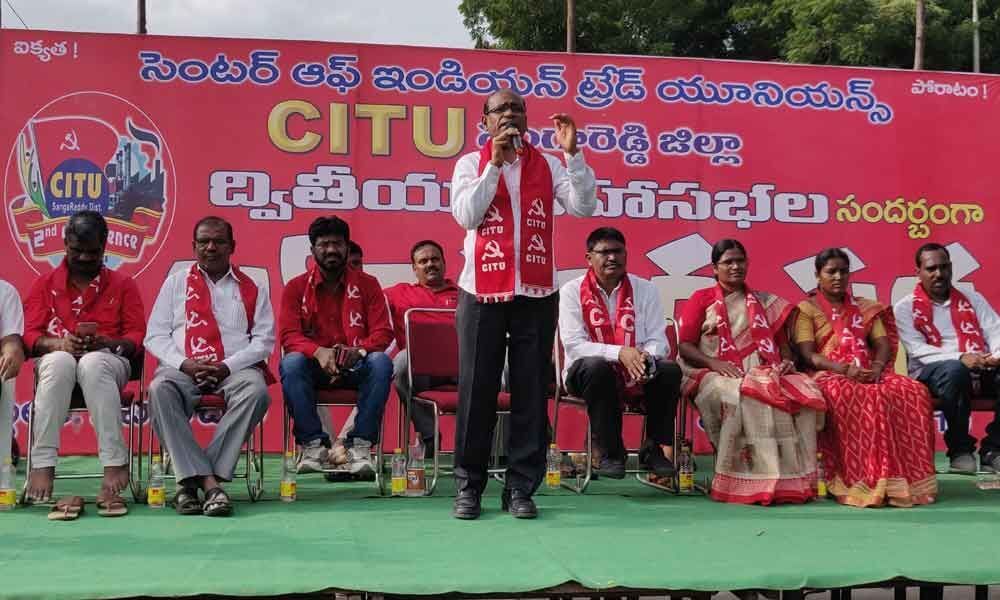 District CITU president Chukka Ramulu has called upon the people to oppose the amendments initiated by the Centre in labour laws.

Patancheru: District CITU president Chukka Ramulu has called upon the people to oppose the amendments initiated by the Centre in labour laws.

Addressing a public meeting near Ambedkar statue, organised here as part of the two-day second CITU district conference, he asserted that the Narendra Modi government needed to be taught a lesson for supporting big investors.

"Modi will go to any extent to back big investors," Ramulu warned, adding that the working class was facing a tough time. He pointed out that the economy was bad with development taking a back seat as industries were being closed. Consequently, he said, the job security of workers was hanging in balance.

Ramulu criticised Modi for diverting the people's attention during the recent elections towards terrorism. By bringing in patriotism to the forefront of Indian politics, an attempt was made to protect the assets of Adani and Ambani, the CITU leader claimed.

He stated that meeting the people's needs was the real devotion to country. Ramulu flayed the Centre for effecting changes in four laws on wages, while accusing it of making efforts to ensure that labourers' problems were not highlighted. Hence, he said, there was need for the worker to unitedly agitate for finding solutions to their problems.