Footpath vendors to be finally shifted 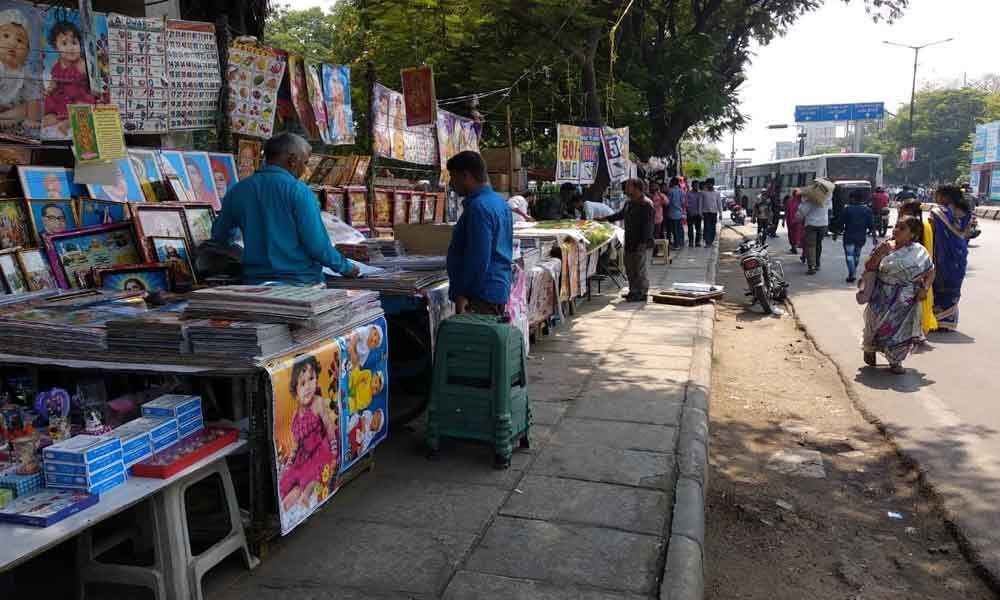 Petty vendors have been leading their livelihoods on footpaths in Koti area for many years. It has been causing a lot of traffic disturbance in the surrounding areas.

Koti: Petty vendors have been leading their livelihoods on footpaths in Koti area for many years. It has been causing a lot of traffic disturbance in the surrounding areas.

Both traffic police and the GHMC officials have issued several orders. However, the vendors haven't budged. So, the officials are said to have finally decided to show them another place to run their businesses and clear the footpaths for pedestrains.

"We had tried many times to make them vacate the place in vain. We don't have any rights to seize the carts. We just mete out challans to them and take the cart into custody. Later, they pay off the challans and keep the carts in the same place.

Now, at least we are trying to stop new vendors from coming here" said N Shreya, inspector of police at Sultan Bazaar Traffic Police Station. She said that the vendors have passes, which are issued by GHMC a long time ago. But, now the situation has changed, and the police should find a permanent solution, as it is creating a lot of trouble to the traffic and to the pedestrians, she added.

"Town vending committees are formed and they are working on it. Due to the Assembly and Parliament elections, they haven't been able to meet in the last three months. Soon, they will be shown a new place and the footpaths will be cleared.

All the details regarding the place and its suitable for sales will be discussed in the town vending committees and the final decision will be taken by the deputy commissioner, who is the chairperson of the committee" said Vijayalakshmi, administartive officer of UCD Department at GHMC.

"We have been leading our livelihood here from many years. GHMC officers gave us passes allowing us to sell here. How can we change from this place all of a sudden." said Viswa, a bookshop owner.

"It is hard to move from this place, but if GHMC officers show us a good place for our livelihood, we will move. We know it is getting problematic, but we can't do anything. Sometimes, we take the responsibility and clear the traffic," Said Ramana, a fruit vendor.

"There is no problem with the shops, but people park their vehicles on the road to buy goods from shops, and it creates a lot of disturbance to the traffic. The government should show a perfect place for their livelihood." said Md Javed, an auto driver.