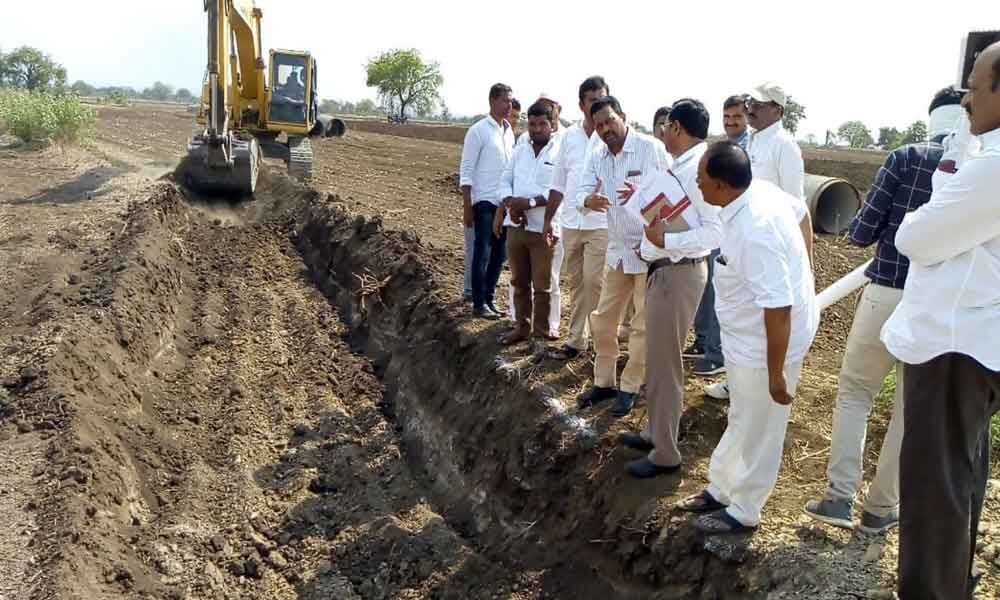 Shiva Shankar Reddy said that the Thalelma project was meant for irrigation of 3,000 to 4,000 acres and it was taking time to complete. At the request of MLA Kranthi Kiran, farmers who lost their lands in this project would also be given water. The remaining two kilometer pipelines works were in progress and would be completed by the end of May, he promised.

Pointing out that the project foundation stone was laid on last year, Shankar Reddy vent his spleen on contractors over the delay in work. He promised justice to the farmers who were facing losses due to this project.

Farmers filed petitions against the pipelines for which trenches were dug in their agricultural lands. Responding to their pleas, Shankar Reddy replied that this project was developed for farmers only. It would be useful to supply more water. MLA Kranthi Kiran, TRS leader Jaipal Reddy, Linga Goud, Mallesam and others participated in the programme.