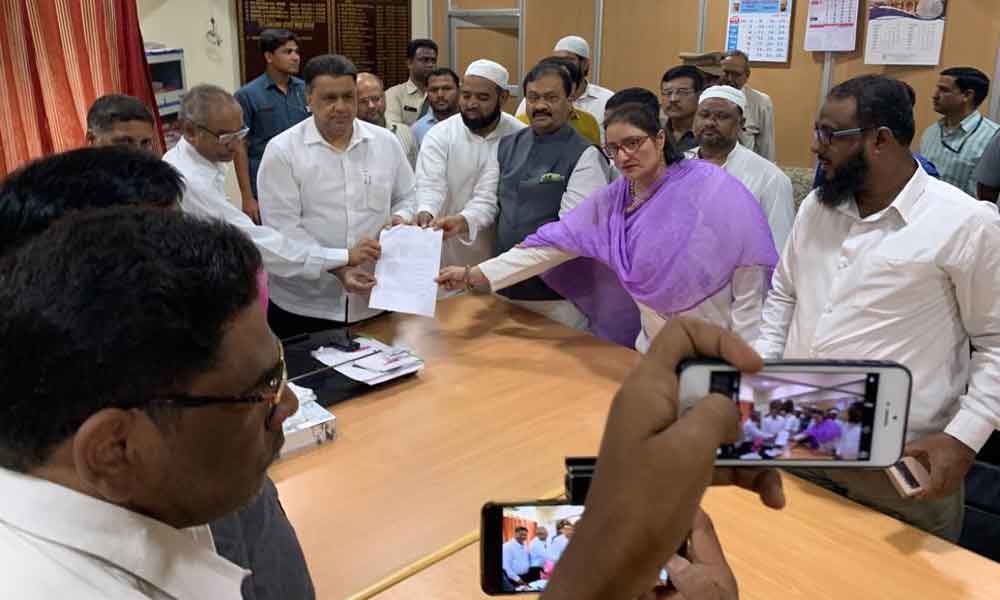 The Wakf activists who have been protesting against the on-going ‘illegal constructions’ at Toli Masjid decided to file a writ petition against the encroachers.

According to sources, the State Archeology Department had officially asked the local SHO on June 21 to register an FIR against the land grabbers within the compound of the Quli Qutub Shah period mosque on the Karwan Road. But, instead of filing an FIR against the culprits, the local police station booked cases against the protesting activists. On Monday, when the official from the department questioned the negligence on the part of the official, he failed to oblige and the higher officials of the department took up the matter with the senior police officials.

Meanwhile, the protesting activists who knocked on the doors of State Archaeology Department have now decided to file a writ petition against the inaction of the cop in question. "The president of the mosque committee, whose term was over in the previous year, is minting money by selling away the land and undermining the court orders. While on the other hand, false cases are being lodged against those who are protesting over the developments," said Osman Bin Mohammed Al-Hajri, the Congress leader and president of Deccan Wakf Properties Protection Society.

While holding a protest near Haj House, former opposition leader in Council and Congress senior leader Mohammed Ali Shabbir alleged that the TRS Government has failed to protect Wakf properties in Telangana State.

After submitting a memorandum to TS Wakf Board Chairman Mohammed Saleem, Shabbir Ali said the chairman had given an assurance that since the term of present managing committee ended in December 2018, Toli Masjid and its 27 acres of property would be taken under the direct management of Wakf Board. The chairman also assured to demolish all illegal structures and restore the encroached land. Shabbir Ali was accompanied by former MP and CPI leaders Aziz Pasha, Md Ghouse, Osman Al-Hajri and others.