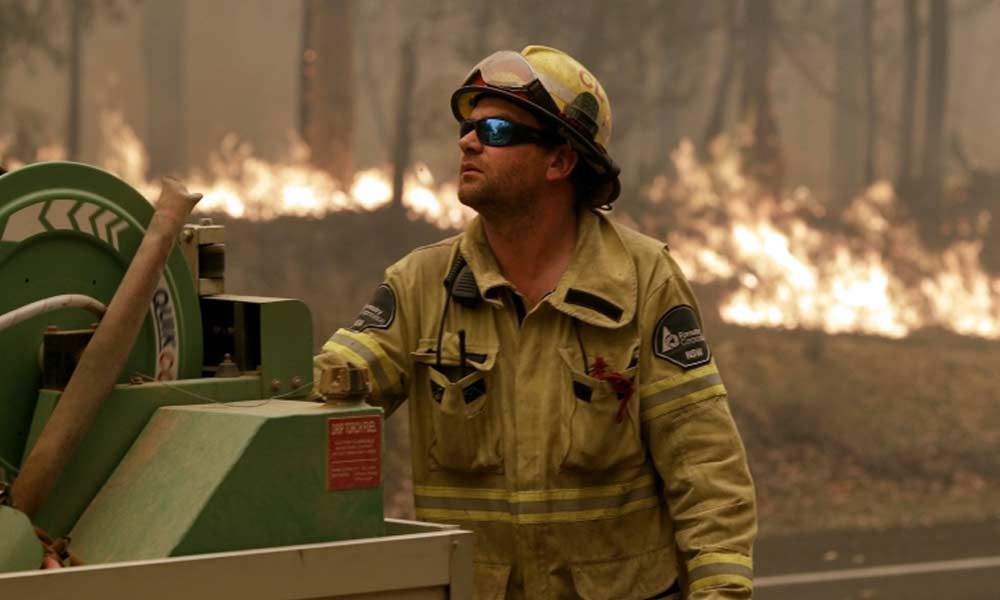 Authorities on Thursday issued fresh warnings and evacuation orders in the country's southeast as hot and windy conditions threatened to regenerate...

Melbourne: Australia's raging bushfire crisis, one of the worst in its history, has killed 24 people, burned over six million hectares of land, reduced to ashes hundreds of homes and pushed many species towards extinction, officials said on Thursday.

Authorities on Thursday issued fresh warnings and evacuation orders in the country's southeast as hot and windy conditions threatened to regenerate huge bushfires.

Around 23 fires were still burning in Victoria, according to the state's emergency management commissioner Andrew Crisp.

Premier of Victoria Daniel Andrews on Thursday announced extending state's first-ever state of disaster ahead of "significant fire activity" forecast for the next two days.

"We have forecast conditions of extreme danger, very significant fire activity is likely off the back of a hot day today, a hot day tomorrow and a change not coming through in the east of the state until late afternoon tomorrow and in the northern part of the state not until the evening of Saturday," he said.

"This means that we have every reason to believe there will be significant fire activity over the next 48 hours and that means it is appropriate that we continue the state of disaster," Andrews said.

There will be messages going out to communities in the fire zone on Thursday and those messages will indicate to people that they are in the fire zone and that if they can leave, they should leave, the Premier of Victoria said, adding that "we will not be able to guarantee their safety".

There was a possibility of another round of dry lightning and a wind change which could trigger fires across the state from Friday.

"This is a really significant challenge for us. We don't underestimate it. We don't lightly extend the state of disaster. We have done it because we believe that it will save lives and that, after all, is the most important thing," Andrews said.

Victoria's emergency management commissioner Crisp said that in the state, 244 homes were lost or damaged and another 400 'significant' structures impacted.

"We know those numbers will grow," he said.

Meanwhile, in New South Wales, state premier Gladys Berejiklian announced an additional 1 billion Australian dollars over the next two years into bushfire management and recovery for rebuilding and rehabilitating the fire-ravaged zones.

This season saw the worst damages across the state with almost 2000 homes damaged so far and 20 deaths.

"The bushfire season is far from over but we know how important it is for communities to start the recovery process where possible," Berejiklian said in a statement.

She said the funding was on top of 231 million dollars already committed to disaster assistance funding.

In South Australia's Kangaroo Island, the bushfire threat on Thursday was escalated with 'a watch and act warning' issued for a fire near Parndana which according to the Country Fire Service (CFS) was uncontrolled and was burning in a southeasterly direction threatening the safety of people in the area.

The fire has already destroyed 160,000 hectares including the famous Flinders Chase National Park.

A total fire ban has been declared across the island following the high fire risk due to temperatures and winds rise.

"Currently there is no immediate threat to life or property but with the increasing wind, warmer weather and ongoing fires on Kangaroo Island, this situation is likely to change," the CFS said.

Over six million hectares of land have burned in this year's worst bushfire season of Australian history, claiming 24 lives and damaging hundreds of homes and buildings across several parts of southern New South Wales, northern and eastern Victoria and the Australian Capital Territory, according to officials.

The raging fire has pushed many species towards extinction, with the number of kangaroos, koalas and others killed in the crisis keeps increasing.

According to some experts, an estimated 1 billion animals have been killed.

The bushfire crisis has taken a very heavy toll with more than 1,500 homes already lost throughout the course of this fire season, which has been running since September, according to the government.

Over 3,000 firefighters are on the frontline, with 31 specialist strike teams in place across NSW.

Australia's military has been assisting with aerial reconnaissance, mapping, search and rescue, logistics and aerial support for months.

Australian Prime Minister Scott Morrison, who is facing widespread criticism in Australia for his handling of the crisis, on Monday announced an additional 2 billion dollars over two years to a new agency to coordinate a national response to rebuild communities and livelihoods following the deadly bushfire crisis.

Australia's deadliest bushfire disaster, known as "Black Saturday", took place in February 2009 when about 180 people died in the country's southeastern state of Victoria.