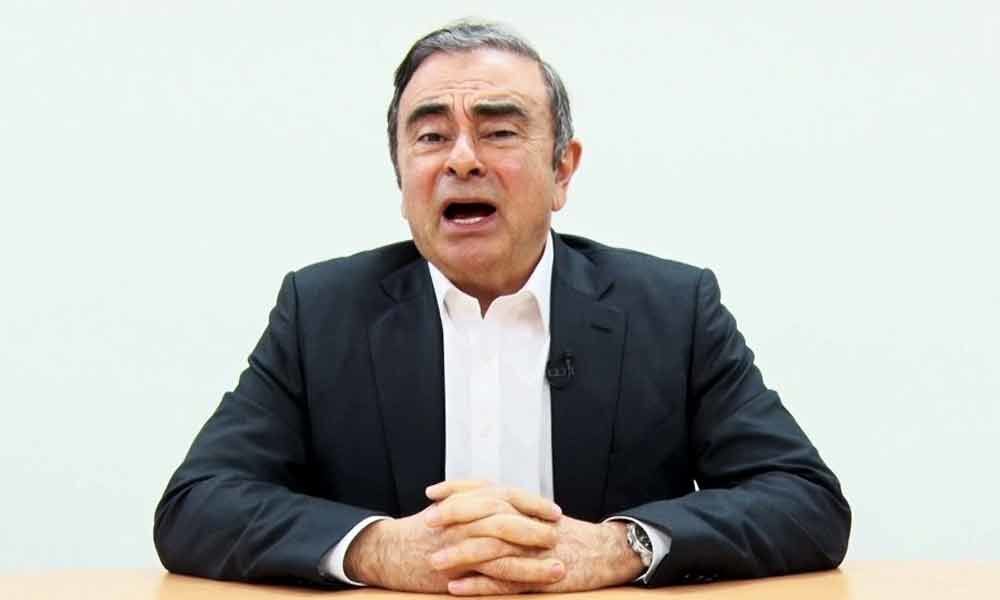 Carlos Ghosn has accused "backstabbing" Nissan executives of a "conspiracy" that led to his arrest, in a video revealed Tuesday by his representatives.

Tokyo: Carlos Ghosn has accused "backstabbing" Nissan executives of a "conspiracy" that led to his arrest, in a video revealed Tuesday by his representatives.

The video was recorded shortly before Ghosn was rearrested last week by prosecutors in Tokyo on new allegations. He had been out on bail while facing three charges of financial misconduct. In the brief video, played by his lawyers at a press conference, Ghosn repeated that he was "innocent of all the charges that have been brought against me." He denounced a "conspiracy" against him and said events had been "twisted in a way to paint a personage of greed, a personage of dictatorship." "This is about a plot, this is about conspiracy, this is about backstabbing," he said in the video.

Ghosn did not however name specific individuals at Nissan, with his lawyer saying that the defence team had opted to cut parts of the recording that pointed the finger at particular figures. Ghosn was rearrested by prosecutors last week while out on bail in Tokyo after they announced they were investigating new allegations against him. A court has extended his detention until April 14, when prosecutors can apply to hold him for an additional 10 days before they must release him unless they bring charges or file new allegations. Prosecutors said Ghosn had been detained over transfers of Nissan funds totalling $15 million between late 2015 and the middle of 2018 to a dealership in Oman.

They suspect around $5 million of these funds were siphoned off for Ghosn's use, including for the purchase of a luxury yacht and financing personal investments. Prosecutors accuse Ghosn of having "betrayed" his duty not to cause losses to Nissan "in order to benefit himself." Ghosn already faces three formal charges: two of deferring his salary and concealing that in official shareholders' documents, and a further charge of seeking to shift investment losses to the firm. Ghosn's case has defied expectations from the start, with his shock November 19 arrest after he landed in Tokyo on a private jet.

He spent 108 days in a detention centre in northern Tokyo before being dramatically released on bail of around $9 million on March 6, emerging from incarceration dressed in a workman's uniform and face mask in an apparent bid to avoid the media. He then lived in a court-appointed apartment in Tokyo without commenting on his situation despite huge international and Japanese media interest in his case that has shocked and surprised from the beginning.

However, just as reports began to surface that he could be rearrested, Ghosn emerged on Twitter to announce plans to hold a news conference on April 11. His rearrest came just days after news that Renault, which Ghosn also once headed, had handed French prosecutors documents showing suspicious transfers worth million of euros authorised by the auto tycoon. Shortly after his arrest, his wife Carole -- who had been living in Tokyo with Ghosn while he was on bail -- left Japan. She told a French newspaper she had been forced to flee Tokyo with support from the French ambassador and was able to use her US passport after having to surrender her Lebanese one to prosecutors.