Ghosn hit with fresh charge in Japan, files for bail 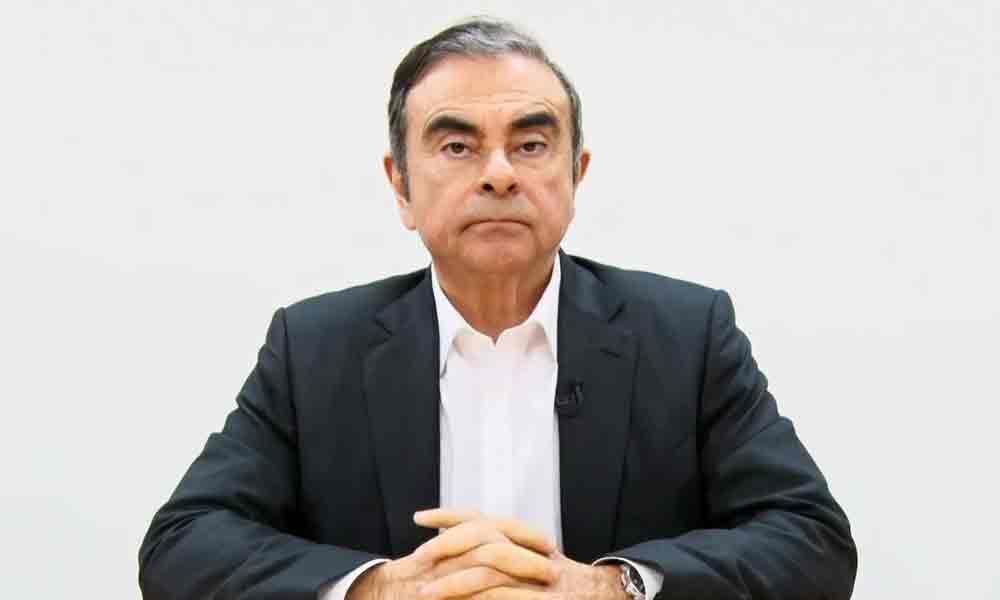 Japanese authorities on Monday hit Carlos Ghosn with a fresh charge of aggravated breach of trust, the fourth indictment against the former Nissan boss who promptly filed for bail.

Tokyo: Japanese authorities on Monday hit Carlos Ghosn with a fresh charge of aggravated breach of trust, the fourth indictment against the former Nissan boss who promptly filed for bail. Experts say Monday's charge is the most serious yet levelled against the auto sector legend, whose rollercoaster case has gripped Japan and the business world since his dramatic arrest in November over alleged financial misconduct. According to a statement from the Tokyo's prosecutors' office, Ghosn is accused of funnelling millions of dollars in Nissan funds to a dealership in the Middle East and syphoning off around five million dollars for personal use.

The transfers were made "with the purpose of benefiting himself by receiving part of the money", prosecutors charged. Shin Kukimoto from the Tokyo prosecutors' office told reporters they had "enough evidence for guilty verdicts." However, the 65-year-old strenuously denies all allegations against him and insists they have been cooked up in a "plot" by Nissan executives wary of his plans to bring the Japanese car giant closer to its French partner Renault. Ghosn's lead lawyer Junichiro Hironaka filed for bail just hours after the charge and said he was confident his client would be released as he prepares to fight the allegations.

"In order to prove his innocence at a trial as soon as possible, we want (the court) to approve our bail request so that we can prepare a good defence," Hironaka told reporters. Ghosn has already won bail once before -- but under strict conditions such as agreeing not to leave the country and living under surveillance. When he last won bail, Ghosn walked out of the detention centre in front of the world's media dressed like a Japanese labourer with a cap and a face mask in an apparent attempt to give reporters the slip. He also had to stump up one billion yen (USD 9 million) for bail but Hironaka said they were prepared to produce more cash if necessary to secure his release.

Monday was the end of the maximum period authorities had to question Ghosn, who is now technically in pre-trial detention. The case of the executive, once revered in Japan for saving Nissan from the brink of bankruptcy, has also shone a spotlight on the Japanese legal system that has come in for some criticism, especially from abroad. Japan's justice system allows authorities to keep suspects in custody for prolonged periods and trials almost always result in a conviction.

And just one month after he was freed on bail, authorities re-arrested Ghosn on April 4 as they investigated fresh allegations against him. Hironaka lashed out, saying this was an unnecessary step and "equivalent to forcing confession by taking into custody." Nissan itself said it had filed a criminal complaint against its former boss "after determining that payments made by Nissan to an overseas vehicle sales company via a subsidiary were in fact directed by Ghosn for his personal enrichment and were not necessary from a business standpoint".

The Ghosn case represents a precipitous downfall for an executive who has gone from a life of luxury and private jets as he ran three huge car companies to a small cell. He has already been stripped of his position on the board at Nissan and resigned from the head of Renault and the three-way alliance the two companies share with Mitsubishi Motors. His wife Carole has also been questioned by prosecutors in Tokyo. She was allegedly president of a company registered in the British Virgin Islands which received some of the five million dollars moved from Nissan funds to go towards a luxury yacht. She has also denied any wrongdoing, and been active in the media in recent days -- writing an opinion piece in the Washington Post calling on US President Donald Trump to lean on Japanese counterpart Shinzo Abe to allow her husband to obtain bail.

Ghosn's lawyers have expression reservations that he will receive a fair trial as 99 percent of all cases that come to trial end in a conviction. Carole Ghosn has also said she is concerned about her husband's health in conditions in the Japanese jail that Ghosn himself said he would not wish on his "worst enemy". But prosecutor Kukimoto said Ghosn's treatment "is not different to what a normal Japanese national would receive."