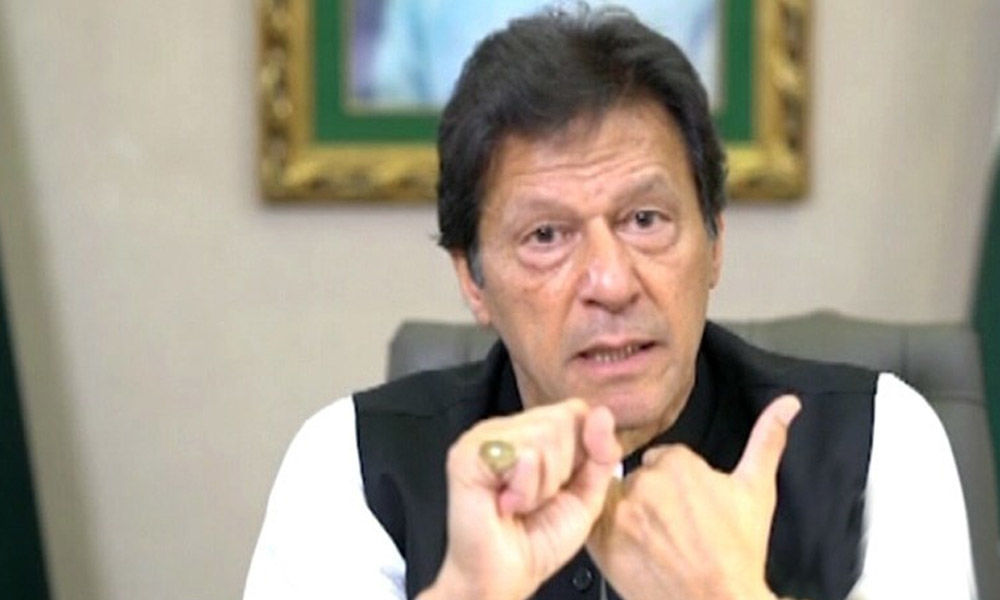 Islamabad: After the Election Commission of Pakistan (ECP) ordered the hearing of the foreign funding case against the Pakistan Tehreek-i-Insaf (PTI) on a day-to-day basis, Prime Minister Imran Khan has asked his party leaders not to worry about the case.

During a meeting with government spokespersons at the Prime Minister's Office, Khan on Wednesday said that the PTI's funds have already been audited and their reports have been produced before the courts, Dawn reported.

"We have already filed applications in the ECP for probing the party funding of PPP and PML-N. We demand that the ECP should hear cases of three parties at the same time and not to single out PTI," Khan was quoted as saying.