Trump threatens to pull US from WTO 'if we have to' 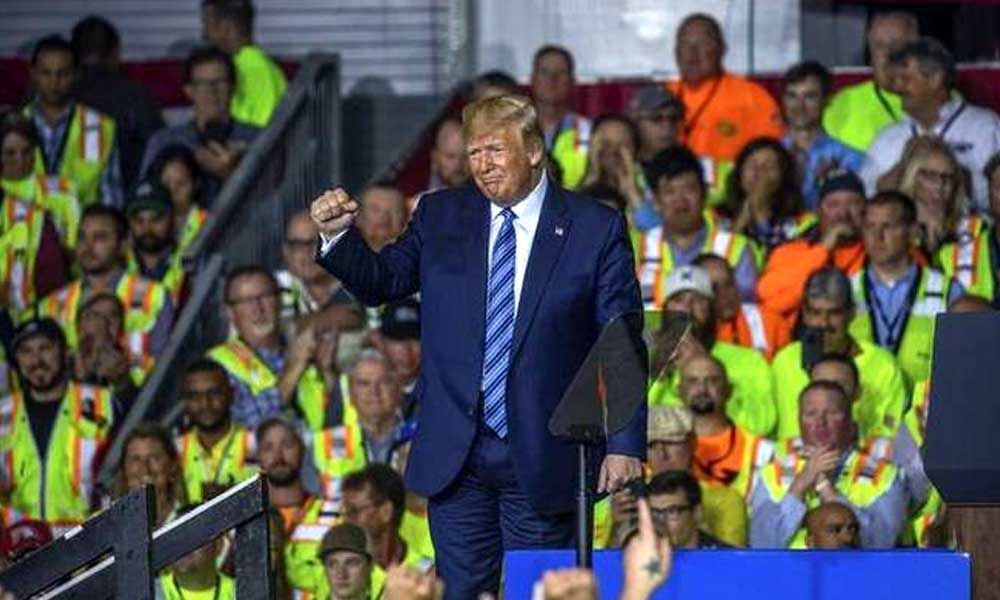 President Donald Trump has threatened to pull the United States out of the World Trade Organization if conditions are not improved.

Monaca (US): President Donald Trump has threatened to pull the United States out of the World Trade Organization if conditions are not improved.

"We will leave if we have to," Trump told a cheering audience of workers at a Shell chemical plant in Pennsylvania on Tuesday. "We know that they have been screwing us for years and it's not going to happen again," he said.

Trump has made the WTO the target of many previous attacks, and threatened before to withdraw, claiming unfair treatment toward the US and saying Washington does not have to abide by WTO rulings. He is especially critical about the terms granted to China when it joined the organization, given US complaints about Chinese theft of American technology. But the United States in fact has a successful track record of winning disputes mediated by the global trading body.

While calling for reforms to the institution's rules, the Trump administration also has effectively paralysed its work. By blocking naming of new members to the appellate panel part of the Dispute Settlement Body that arbitrates disputes, the system will grind to a halt by the end of the year. Chad Bown, a trade expert with the Peterson Institute for International Economics, said the moves weakening the WTO have done "lasting damage," not all of which can be reversed.