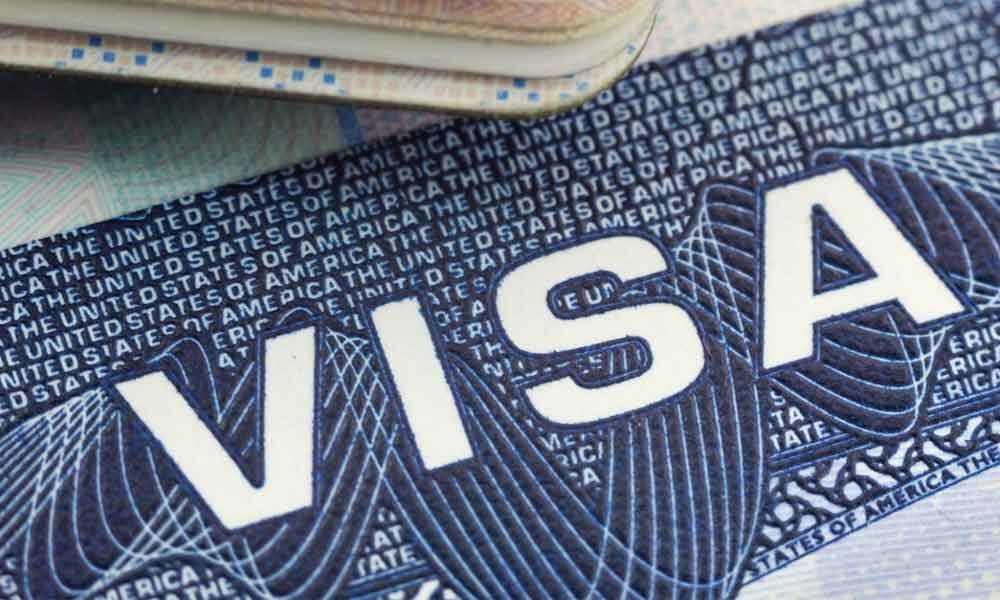 The United States has imposed sanctions on Pakistan after it refused to take back its citizen deportees and visa over-stayers from America, warning that it might withhold visas of Pakistanis beginning from its senior officials.

WASHINGTON: The United States has imposed sanctions on Pakistan after it refused to take back its citizen deportees and visa over-stayers from America, warning that it might withhold visas of Pakistanis beginning from its senior officials.

The State Department on Friday said consular operations in Pakistan remain "unchanged" as of now but as a result of such a sanction mentioned in a Federal Register notification dated April 22, the US might withhold visas of Pakistani nationals.

Pakistan is the latest to join the list of 10 nations that have been imposed with sanctions under a US law according to which countries refusing to take back deportees and visa over-stayers will be denied American visas.

Under Section 243 (d) of the Immigration and Nationality Act, the Secretary of State is required to discontinue granting immigration or non-immigrant visas to a nation upon receiving notice from the Homeland Security Secretary that the country has denied or is unreasonably delaying accepting a citizen, subject, national or resident of that country.

The State Department tried to downplay the impact of the sanctions on Pakistan.

"Consular operations in Pakistan remain unchanged," a State Department Spokesperson said. "This is a bilateral issue of ongoing discussion between the US and Pakistani governments and we are not going to get into the specifics at this time," the spokesperson added.

"For some countries, sanctions begin by targeting officials who work in the ministries responsible for accepting the return of that country's nationals with escalation scenarios that target family members of those officials and potentially officials of other ministries and then other categories of applicants if initial sanctions do not prove effective at encouraging greater cooperation on removals by the targeted government," the US State Department federal register notification said.

Former Pakistan Ambassador to the US, Hussain Haqqani, said this will make things difficult for Pakistanis.

"This measure will create hardship for Pakistanis who want or need to travel to the US and could have been avoided if Pakistani authorities had not ignored American requests to respect their legal requirements for deportation," Mr Haqqani said, days after the federal register notification.

He said Pakistan's refusal to accept it's citizen deported from the US is not new.

"Pakistan's refusal to accept every Pakistani citizen deported from the US is not new. It seems that the US is no longer willing to overlook a wide range of official Pakistani behaviour. Bonhomie has been replaced by sanctions and restrictions based on Islamabad's policy decisions," Mr Haqqani said.

While the law in this regard has been under existence since 1996, it is only in last several years that there had been increasing demand from lawmakers towards its enforcement against countries that had refused to accept deportees and visa over-stayers.

In the last few years, India has been taking such deportees on special planes at regular intervals.

The Trump administration after coming to power had said it will strictly enforce such provisions under the law.

While section 243 (d) of the Immigration and Nationality Act was used only twice before 2017, the Trump Administration has been effective in using this provision on many countries, including Pakistan.

However, the State Department federal register notification indicates that the number of visa denials under this sanction is far less.

Since the law was modified to cover non-immigrant visas in 1996, 318 visa applicants have been affected, the notification said.

"During this same time period, tens of millions of aliens have received non-immigrant visas including, collectively, millions of applicants from the 10 countries affected," the notification said.

The Federal Register notification said that there is no set formula, though, notably the US has never issued a blanket refusal for visas from the countries in question.