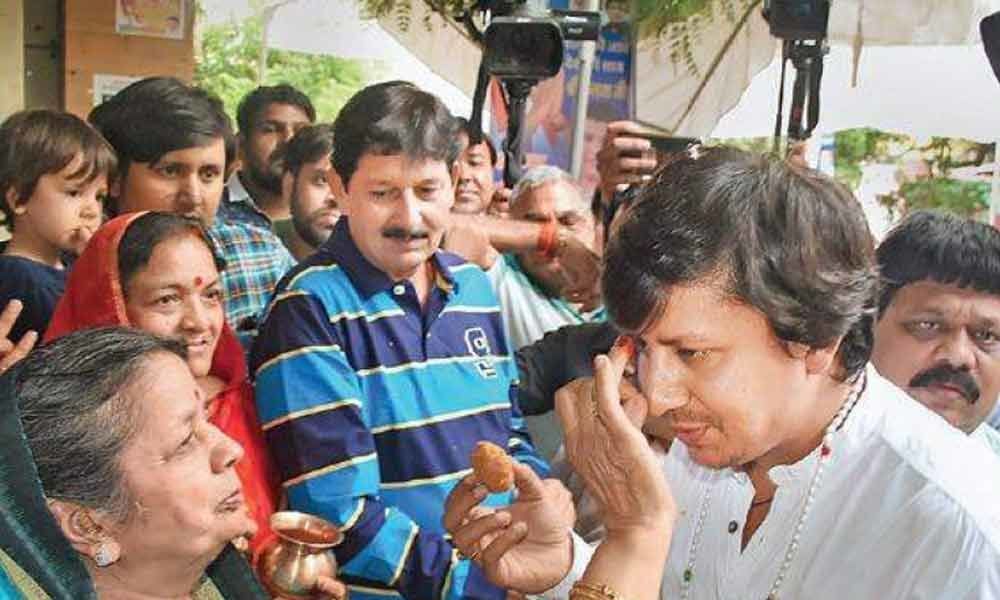 Akash Vijayvargiya was arrested last Wednesday after he was caught on TV cameras assaulting municipal officer Dhirendra Singh Bais with a cricket bat while opposing demolition of a dilapidated house.

INDORE: BJP general secretary Kailash Vijayvargiya on Monday termed the bat assault incident involving his MLA son Akash Vijayvargiya as "unfortunate", saying the latter raised his voice in support of a poor family and not a builder.

He said both his son and the civic administration were "novice players" and that the dispute could have been avoided.

Akash Vijayvargiya (34), a first-time BJP MLA from Indore-3 Assembly segment, was arrested last Wednesday after he was caught on TV cameras assaulting municipal officer Dhirendra Singh Bais with a cricket bat while opposing demolition of a dilapidated house here.

He was released on bail on Sunday following the order of a special court in Bhopal.

His father Kailash Vijayvargiya, while talking to reporters here, said, "The incident that happened recently in Indore was unfortunate. This dispute could have been avoided."

"However, Akash raised his voice in favour of a poor family, whose home was being demolished, and not for any builder. But, I think my MLA son and the municipal administration both are novice players," he said.

"I don't want to escalate this issue further. Everybody needs to be worried that such disputes should not happen again," the BJP general secretary said. He said before the dispute, the municipal officials did not pick up phone calls of his son."

"The officials should not be arrogant," he added.

He alleged that the Congress-led state government was harassing BJP leaders due to "political hatred".

"There has always been a political courtesy between the ruling party and the opposition in Madhya Pradesh. But, this has been happening for the first time under the regime of Chief Minister Kamal Nath that political opponents are being treated like enemies," he said.

"A web is being knitted around the political opponents by misusing the police and administration," he charged.

He said the state chief minister should direct officers to respect people's representatives from all parties.

The senior BJP also said that dilapidated houses should not be demolished during rains.

"Chief Minister (Kamal Nath) and the urban administration minister (Jaivardhan Singh) are new to these posts. They probably don't know that in monsoon, the residential houses should not be demolished," he said.

He said if the state government has not issued any circular till now that residential houses should not be demolished in rain, then Kamal Nath should ask the former chief minister Digvijay Singh and issue such an order.

Before talking to reporters, the BJP general secretary and his son attended a religious programme at a temple in Pardesipura area here.