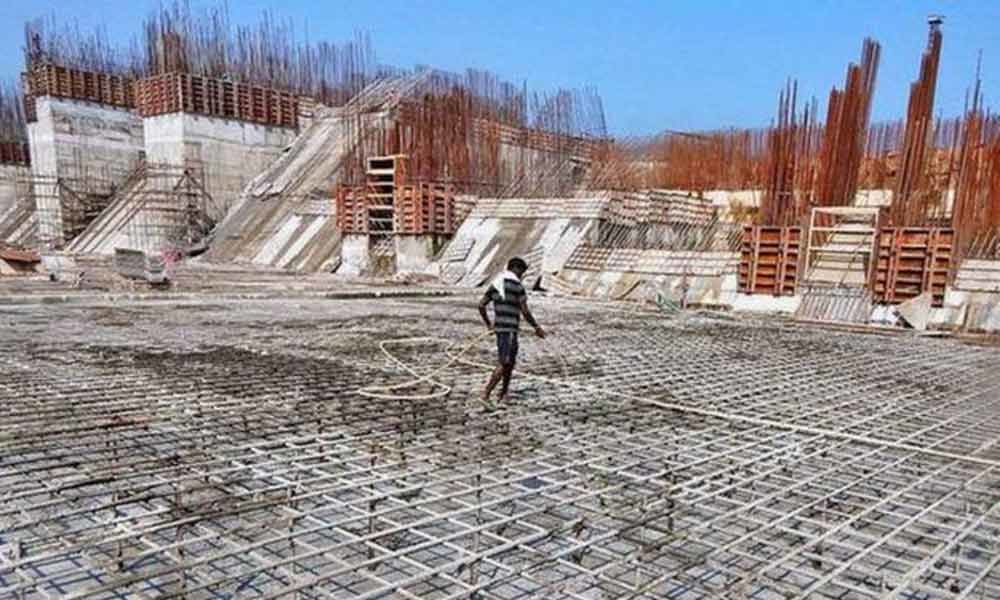 New Delhi: Union Finance Ministry raised some doubts over the 'inflated cost' of the Polavaram Project at a meeting here on Tuesday and sought some written clarifications for further approval of the DPR (Detailed Project Report).

Engineer-in-Chief of Andhra Pradesh Venkateswar Rao attended the meeting along with some officials.

S Masood Husain, Chairman of the Central Water Commission, chaired the meeting which was attended by the officials from the Finance Department.

Union Minister of State for Jal Shakti and Social Justice and Empowerment, Rattan Lal Kataria, stated in the Rajya Sabha here on Monday that the Second Revised Cost Estimate (RCE) of the Polavaram Irrigation Project amounting to Rs 55,548.87 crore at 2017-18 Price Level (PL) had been approved by the Advisory Committee of Department of Water Resources, River Development and Ganga Rejuvenation.

AP government was once again asked by the Finance Ministry to submit, as per its directions, all audit reports with clarifications of the cost escalation as per the 2013-14 price level.

Sources pointed out that AP government had not submitted the said documents and clarifications as sought and instead was vague on some of the queries raised. This was stalling the approval of the project cost.

Union Minister of State for Water Resources, River Development and Ganga Rejuvenation and Parliamentary Affairs Arjun Ram Meghwal in February last, while giving the timeline of funding of Polavaram said the approved cost of the Polavaram Project was Rs 16,010.45 crore at 2010-11 price level.