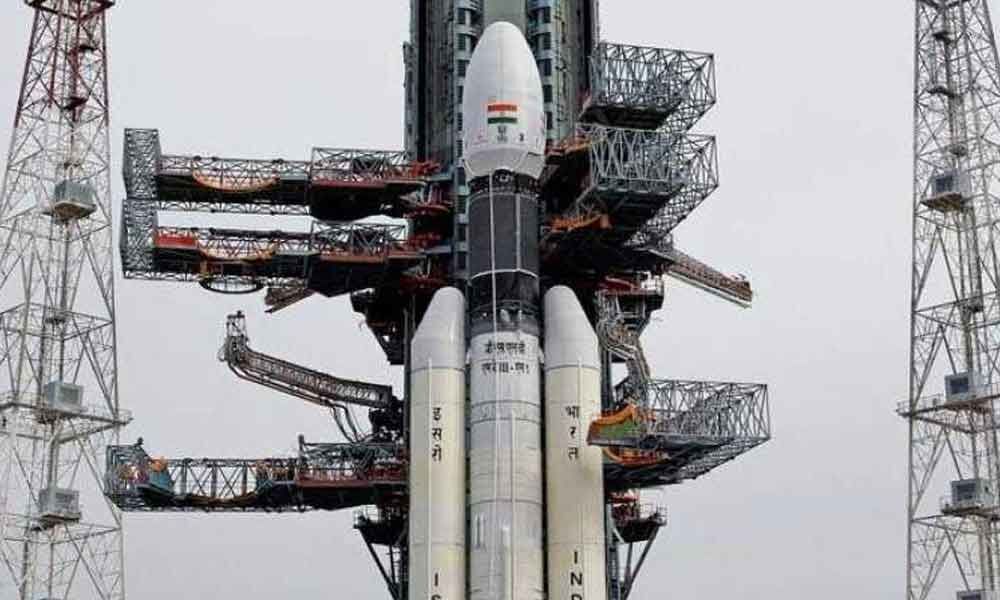 The Indian Space Research Organisation (said the orbit of the Chandrayaan-2 was raised to 276 x 71,792 km by firing the onboard motors for 989 seconds.

CHENNAI: The third orbit raising activity for Chandrayaan-2 spacecraft has been performed successfully at 3.12 p.m. on Monday, the Indian space agency said.

The Indian Space Research Organisation (ISRO) said the orbit of the Chandrayaan-2 was raised to 276 x 71,792 km by firing the onboard motors for 989 seconds.

All spacecraft parameters are normal, it said.

The fourth orbit-raising manoeuvre is scheduled between 2 to 3 p.m. on August 2.

On July 22, the Chandrayaan-2 was injected into an elliptical orbit of 170x45,475 km by India's heavy-lift rocket Geosynchronous Satellite Launch Vehicle-Mark III (GSLV Mk III) in a textbook style.

The Indian space agency said the major activities include earth-bound manoeuvres, the trans-lunar insertion, lunar-bound manoeuvres, Vikram's separation from Chandrayaan-2 and touch down on the moon's the South Pole.

The ISRO said the trans-lunar insertion of Chandrayaan-2, which will send it to the moon, is scheduled on August 14.

After that, the Chandrayaan-2 is scheduled to reach the moon by August 20 and the lander Vikram will land on the Earth's sole satellite on September 7.