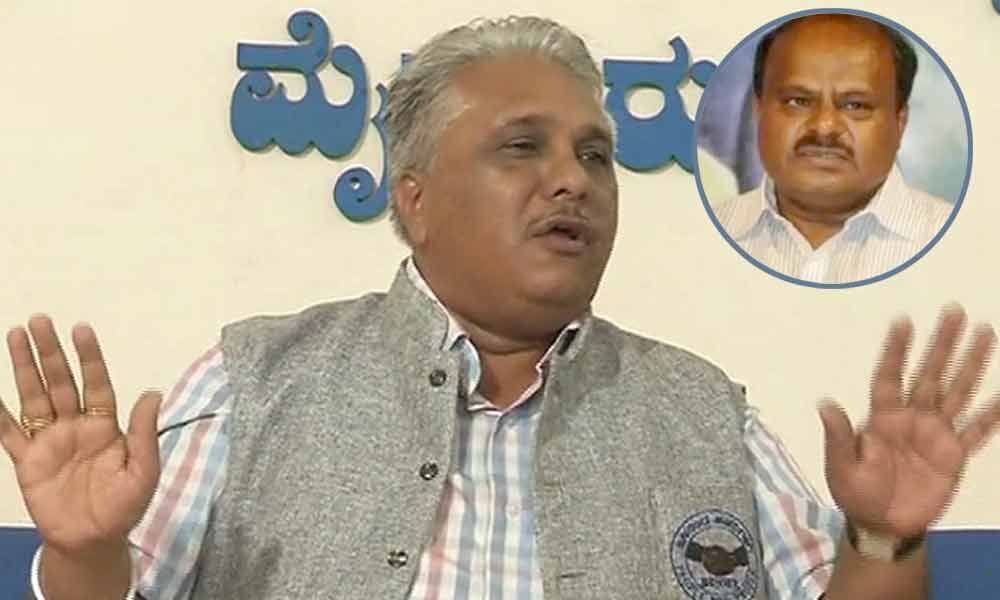 Karnataka chief minister HD Kumaraswamy should straightaway withdraw as he "revealed to the people in advance" about the income tax raids in the state, claimed the BJP on Friday. The saffron party suspected that the conduct of the chief minister went against the oath of secrecy he had taken while taking up the office.

"You have no authority to continue (as the CM). You must resign. How can you put obstacles on a secret operation by the income tax department, Central Bureau of Investigation and Enforcement Directorate? Your conduct is against the Constitution and the federal system of the country," BJP spokesperson Go Madhusudan told a press conference.

He was responding to the ruling Congress-JDS alliance's accusations that the I-T raids were carried out on JD(S) leaders overseeing the elections of Kumaraswamy's son, Nikhil, in Mandya and nephew Prajwal Revanna in Hassan.

"You (Kumaraswamy) have taken the oath of secrecy too. When you had information about the raids, how can you leak it? By holding press conference, you belled the cat so that rats can escape," said Madhusudan. "Give us account of the money you have stashed with the contractors. That is the taxpayers' money," he added.

"The searches were carried out on a wide range of professions and businesses including bureaucrats, breweries, MNCs, mining barons, diagnostic centres, trusts, educational institutions, medical colleges, real estate, fisheries, and film industry and including "politically exposed persons," the I-T department had said.

At 15 to 20 locations including Bengaluru, Mandya, Mysuru, Hassan, Ramanagar and Shivamogga the Income Tax sleuths carried out pre-dawn raids. Congress and JD(S) leaders led by Kumaraswamy, deputy chief minister G Parameshwara, former chief minister Siddaramaiah and other top functionaries had staged a demonstration near the I-T office against the raids.

Kumaraswamy even called the raids "political vendetta by the Centre" and accused the income tax officials of working like "BJP's agent". In the meantime, searches continued in some parts of the state, sources in the I-T department said. They, however, refused to disclose the details.