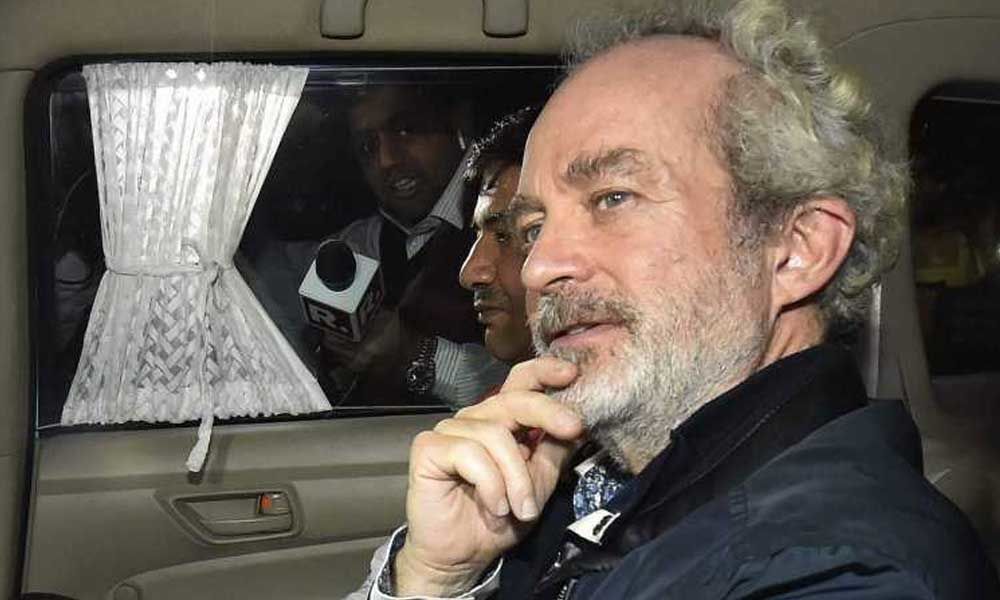 NEW DELHI: The Enforcement Directorate (ED) and British-national Christian Michel, alleged middleman arrested in the AgustaWestland VVIP chopper case, Saturday sought before a Delhi court an enquiry into the purported leakage of the supplementary charge sheet filed in the case to media.

The ED urged the court to issue a notice to a news organisation asking it to explain how it accessed the documents, whereas Michel supported the demand of a probe while accusing the agency of politicising the matter.

"The charge sheet's copy is yet to be supplied to the accused persons. However, Michel's lawyers came to know what we have written in it and filed an application on that behalf. This is a very serious matter and an enquiry must be ordered to ascertain how the copy of the charge sheet was leaked," the ED said.

Special judge Arvind Kumar issued notice to the agency and directed it to file a reply on Michel's plea, which had stated that he had not named anybody in connection with the deal during investigation by the ED and that even though the court has not taken cognisance of the documents, in order to make the entire case a sensation again in the media, the agency had leaked the charge sheet.

Michel and Syms are directors of the two firms. The court directed to keep the copy the charge sheet in a sealed cover until further orders. It also extended by two days the custodial interrogation of Sushen Mohan Gupta, an alleged defence agent arrested by the agency in the case.

Michel's counsel Aljo K Joseph Friday moved an application before the court, saying, "Michel has not named anyone in his statement before the agency which is being leaked to media. This is only to make the matter sensational and prejudice the case against my client."

He is among the three alleged middlemen being probed in the chopper scam by the ED and the Central Bureau of Investigation or CBI.

The others are Guido Haschke and Carlo Gerosa. The agency had earlier told the court that Michel received 24.25 million euros and 1,60,96,245 pounds from the AgustaWestland deal.

The ED told the court that it had identified Michel's properties purchased with the proceeds of the crime. The ED, in its charge sheet filed against Michel in June 2016, had alleged that he had received 30 million euros (about Rs 225 crore) from AgustaWestland.