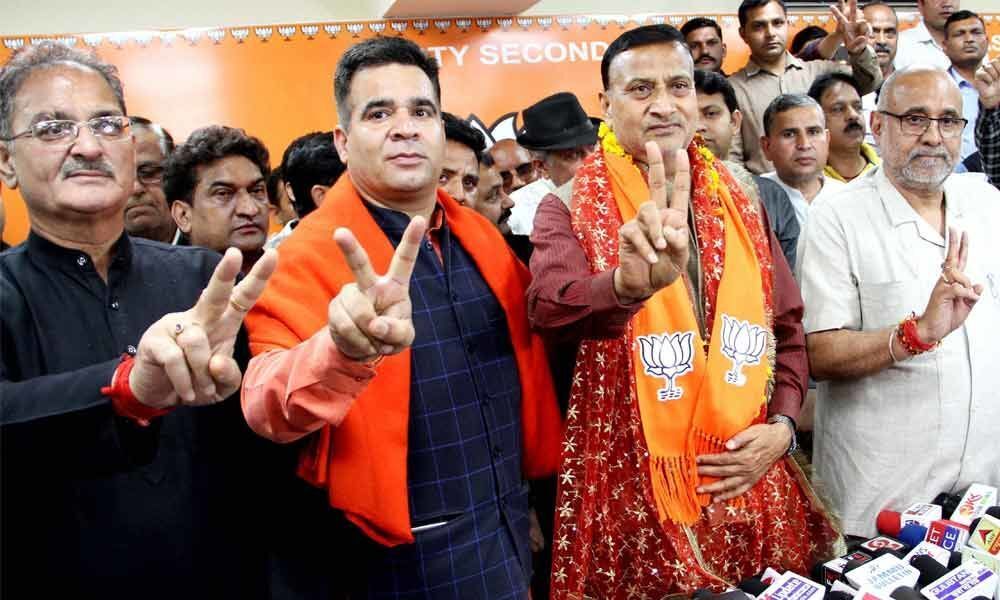 Jammu: In a jolt to the Congress ahead of the April-May Lok Sabha election, its senior leader and former minister Sham Lal Sharma joined the BJP on Sa...

Jammu: In a jolt to the Congress ahead of the April-May Lok Sabha election, its senior leader and former minister Sham Lal Sharma joined the BJP on Saturday, along with a group of his supporters.

Sharma, who resigned from the post of senior vice-president of the Jammu and Kashmir Pradesh Congress Committee (PCC) in May 2018 over some differences, joined the BJP in the presence of its national vice-president Avinash Rai Khanna and state unit chief Ravinder Raina.

"I will work with dedication and honestly for the BJP," Sharma, who had won twice from the Akhnoor Assembly constituency and was a minister in the National Conference-Congress coalition government till 2014, said.

"I became the chowkidar when I first won the by-election from Akhnoor in 2004 and retained the seat in 2008. I have always performed my duties with dedication and always raised my voice against discrimination with Jammu even in the government," Sharma, who was defeated by BJP candidate in the 2014 elections, said.

However, Sharma said, he never got support from his party as "it has become our habit to work as a bonded labour for one section or a particular region. I never compromised with my ideology which is akin to the BJP..."

He also praised Prime Minister Narendra Modi and said his government brought transparency and accountability in the country and requested the people of Jammu region to stand united and ensure the win of the BJP candidates. He said the vision of the BJP is equitable development of Jammu, Kashmir and Ladakh regions.