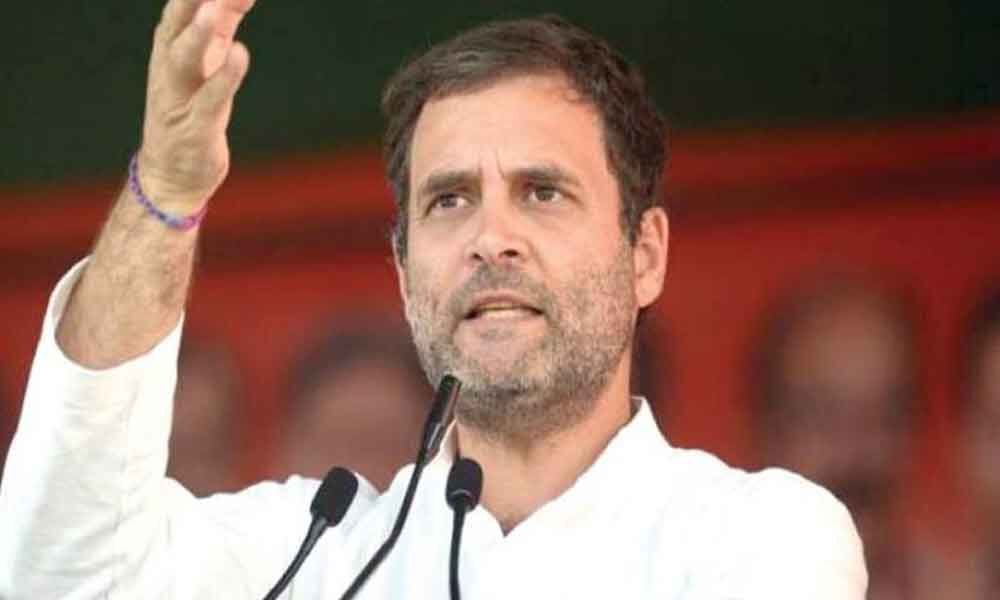 Both the Parliamentary polls and Assembly elections are scheduled in Andhra Pradesh on April 11.

Kalyandurg: Congress President Rahul Gandhi Sunday promised farm loan waiver for ryots in Andhra Pradesh if the party is voted to power in the coming elections.

The 'revolutionary' Nyay, the party's proposed income guarantee scheme, will change the face of India and wipe out poverty from the country forever, he said addressing a public rally here.

Both the Parliamentary polls and Assembly elections are scheduled in Andhra Pradesh on April 11, and the Congress is going it alone in the hustings.

Pointing out that the Congress governments in Rajasthan, Chattisgarh and Madhya Pradesh waived farm loans soon after it stormed to power in those states last year, Gandhi said he was making a similar assurance in this southern state also.

"And I want to commit the same here in Andhra Pradesh. If you vote for a Congress government (apparently both at the Centre and state), we will waive all farm loans," he said.

On his party's proposed Nyay income guarantee scheme, he said the Congress will identify the poorest sections of the population and provide them Rs 72,000 per year.

There would be no discrimination of beneficiaries, including on caste and regional lines, he said, asserting that 25 crore people will benefit from the proposed initiative.

It was a "revolutionary idea" not done by any country in the world, he said, adding it will "change the face of India."

It was "an idea that will wipe out poverty from this country forever and we have given the scheme the name Nyay as it is going to bring justice to millions of people," Gandhi said.

There are 25 Parliamentary seats and 175 assembly seats in Andhra Pradesh.