Huge potential for India, if it stops neighbours in tracks 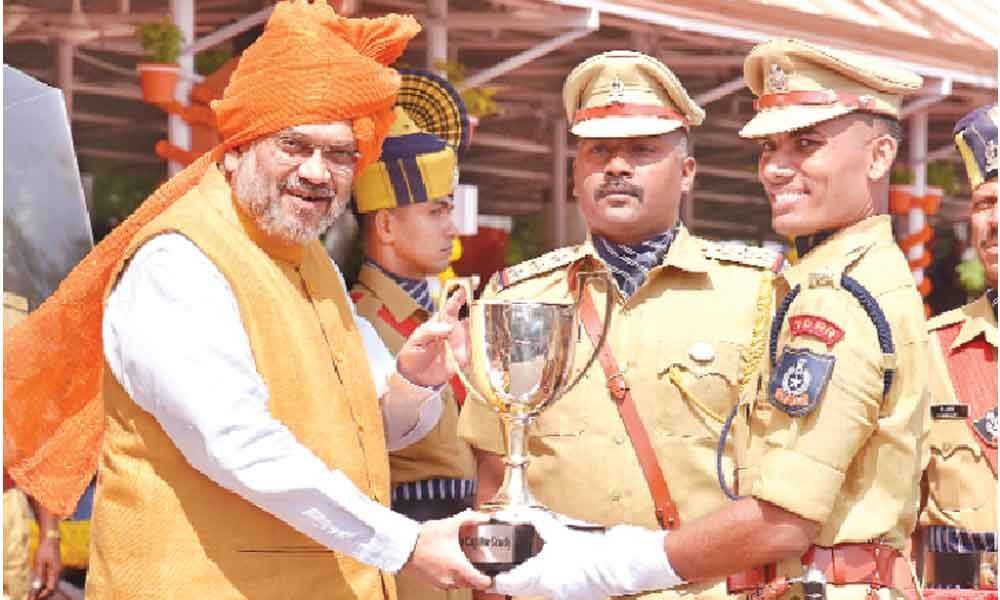 Stating that India can emerge as a great economy in the world by empowering its people, Union Home Minister Amit Shah said that it can happen only when terrorism, narcotics, cybercrime and disturbances created by the neighbouring countries are put to an end.

Hyderabad: Stating that India can emerge as a great economy in the world by empowering its people, Union Home Minister Amit Shah said that it can happen only when terrorism, narcotics, cybercrime and disturbances created by the neighbouring countries are put to an end.

While speaking at the passing out parade of IPS probationers at Sardar Vallabhbhai Patel National Police Academy (SVPNPA) on Saturday, Amit Shah stressed on greater internal security to ensure country's safety and development.

Saluting the "Iron Man of India", Amit Shah pointed out that Sardar Patel united 630 princely states in India but could not merge Jammu & Kashmir completely because Article 370 was in vogue.

He emphasised on reaching people, communicating constantly and establishing a connect in order to serve them in the most effective manner. Politicians only get elected for five years, but civil servants get the opportunity to serve the country for whole life, which must not be wasted.

Being free from fear and taking decisions for the betterment of masses, while abiding by the Principles of Constitution should be the hallmark of an officer, he added.

Shah stated PM Narendra Modi has given a vision of a SMART Police (S - Sensitive and Strict; M - Modern with mobility; A - Alert and Accountable; R - Reliable and Responsive; T - Trained and Techno-savvy). The police forces must continuously remodel on this vision to successfully face the challenges.

Shah called upon the IPS probationers to remember sacrifices made by 33,000 martyrs who laid down their lives for the nation. The Union Home Minister awarded 103 best performing probationers, including 15 women officers, six Royal Bhutan Police and five Nepal Police Service officers.

He also congratulated the probationary officers, especially women officers, and gave best wishes for their bright careers. He expressed pride that the young officers would soon be joining the distinguished tradition of Indian Police Service in serving the nation with utmost dedication.

Gaush Alam, who has been allotted for the Telangana, and Richa Tomar, who was allotted Rajasthan cadre, collected best all-round male and female IPS probationers award respectively.