IT officials carry out raids on Karnataka minister Puttaraju's residence 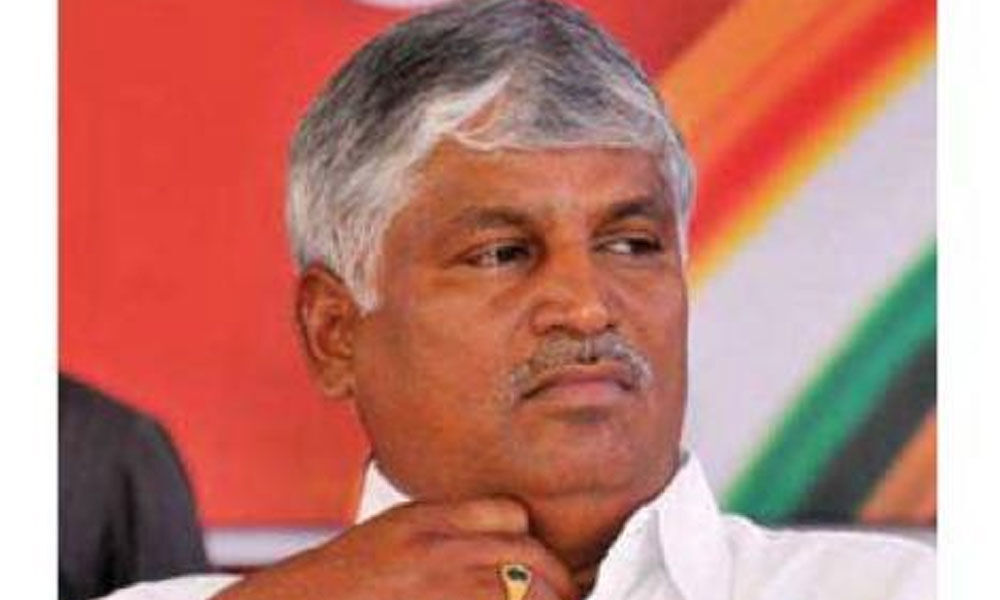 Bengaluru: In a pre-dawn swoop on Thursday, Income Tax officials along with CRPF personnel carried out raids at the residences of Karnataka Minor Irrig...

Bengaluru: In a pre-dawn swoop on Thursday, Income Tax officials along with CRPF personnel carried out raids at the residences of Karnataka Minor Irrigation Minister C S Puttaraju and his nephew.

The development came a day after, Karnataka Chief Minister H D Kumaraswamy raised fears about possible raids on Congress and JD(S) functionaries in the state.

He had claimed that CRPF personnel were brought from various parts of the country to carry out the raids in the state. Raids on Congress and JD(S) leaders can take place early on Thursday morning using CRPF jawans instead of taking the help of the Karnataka Police in order to maintain secrecy, Kumaraswamy had claimed on Wednesday.

"Three teams of I-T officials and CRPF soldiers comprising eight soldiers carried out raids at my Chinnakurli residence in Mandya and my nephew's residence in Mysuru," Puttaraju told the channel.

The minister said he was not afraid of the raids and instead, it had instilled confidence in him. "I'm not deterred by the raids, which are election-related. I would like to know which BJP leader's house in Karnataka has been raided," Puttaraju, who is in-charge minister of Mandya district, said.

The JD(S) has assigned him to oversee the electioneering of HD Kumaraswamy's son Nikhil Kumaraswamy, who is fighting his maiden election from the Mandya Lok Sabha seat.

The chief minister had Wednesday warned that he would follow what his West Bengal counterpart Mamata Banerjee did to counter the 'misuse' of central agencies.

Banerjee had staged a "Save the Constitution" dharna from February 3 to 5 in Kolkata after the CBI's failed bid to question Kolkata Police Commissioner Rajeev Kumar in connection with chit fund cases.

Puttaraju said soon a meeting will be convened where the mode of protest against these raids will be decided.

Sources in the Congress said raids have been carried out at least 10 to 15 places in the city and elsewhere without giving details. Income Tax officials were not available for comments.