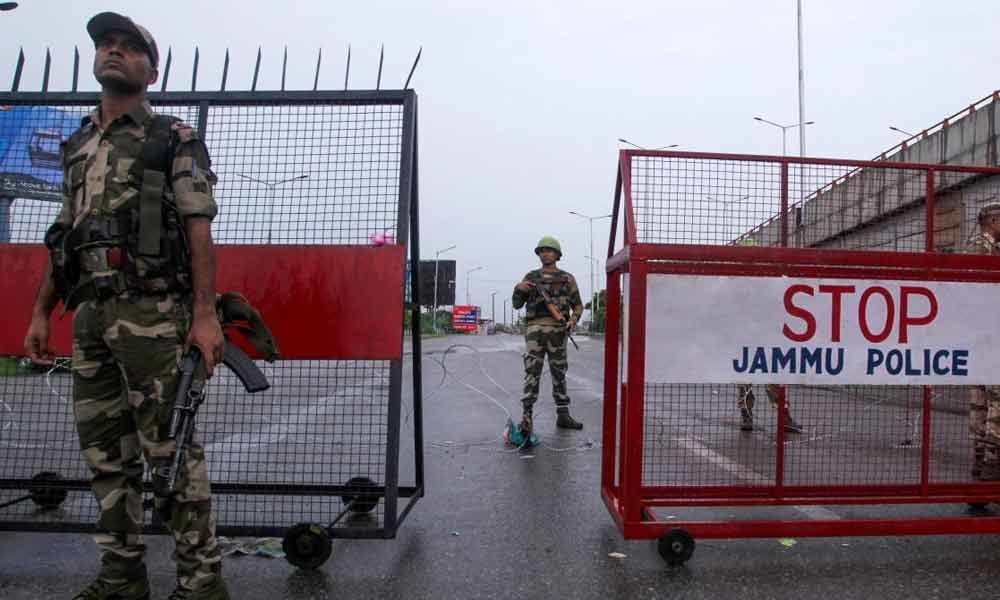 The leaders of the National Federation of New States (NFNS), which is spear-heading the movement for creation of small states, said here on Thursday that bifurcation of Jammu and Kashmir into two Union Territories - J&K and Ladakh - for better governance had encouraged them.

Agartala: The leaders of the National Federation of New States (NFNS), which is spear-heading the movement for creation of small states, said here on Thursday that bifurcation of Jammu and Kashmir into two Union Territories - J&K and Ladakh - for better governance had encouraged them.

They also pointed to a rally planned at Khumulwng, 25 km north of Agartala, on Friday in support of the statehood demand by the Indigenous People's Front of Tripura (IPFT), an NFNS constituent and a junior partner of the Bharatiya Janata Party-led (BJP) government in Tripura.

The IPFT has been agitating since 2009 for creation of a separate state by upgrading the Tripura Tribal Areas Autonomous District Council (TTAADC), which has jurisdiction over two-thirds of Tripura's 10,491 sq km area, home to over 12,16,000 people.

"The central government's recent decision to bifurcate J&K into two UTs has encouraged the NFNS member parties to intensify the movement for separate states," said Debbarma. Friday's rally had assumed great significance in view of the J&K's bifurcation, he added.

According to Tamang, Working President of the Bharatiya Gorkha Parisangh, it's high time the central government start creating smaller states of Bodoland, Gorkhaland, Tipraland, the autonomous state of Karbi-Anglong, and Vidarbha for better distribution of resources, opportunities and governance.

The central government on August 5 abrogated the Article 370 of the Constitution revoking special status for J&K and bifurcated the state into two UTs.

He said Prime Minister Narendra Modi had agreed to our request for a meeting with the IPFT delegation on our statehood demand on Thursday in New Delhi. "We have requested the PMO to give us a fresh date as we are busy with the Fridaya's rally," Debbarma said.

Meanwhile, the Indigenous Nationalist Party of Tripura (INPT) has announced a rally at the TTAADC headquarters on Saturday in support of their demands, including introduction of National Register of Citizens (NRC) in the state.

In October 2018, the INPT had filed a petition in the Supreme Court seeking introduction of NRC in Tripura. INPT General Secretary Jagadhish Debbarma said after the petition, the apex court issued notices to the central and state governments. But they were yet to file their replies, he added.