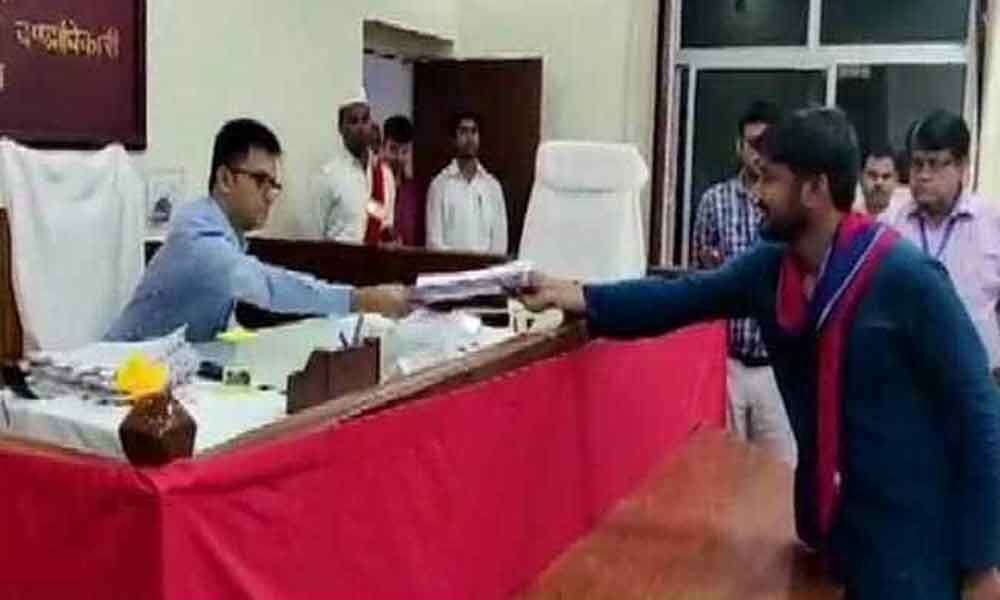 Hundreds of people, mostly youths, joined Kanhaiya Kumar during a two-kilometre march on foot, cycle and two-wheelers waving red flags in the town.

A joint Left candidate, Kanhaiya Kumar will take on Union Minister and Bharatiya Janata Party (BJP) leader Giriraj Singh in Begusarai. The RJD is set to field Tanweer Hasan, who lost to Bhola Singh of BJP in 2014.

Kanhaiya Kumar, 32, was arrested in February 2016 and accused of sedition for allegedly doing nothing to prevent the raising of anti-India slogans on the JNU campus.