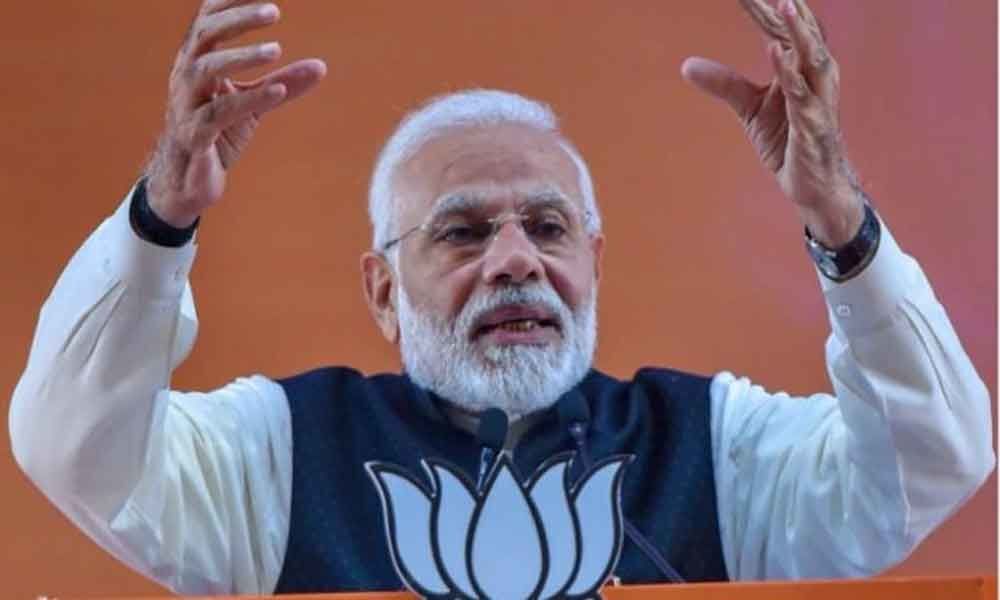 He also accused the Congress of labelling the "peace-loving" Hindu society as terrorists.

Wardha: Prime Minister Narendra Modi on Monday targeted NCP chief Sharad Pawar, saying there was infighting in his party, which was slipping from his control. Launching the BJP-Shiv Sena alliance's poll campaign in Maharashtra at a public rally here, Modi said Pawar decided not to contest the upcoming Lok Sabha polls after realising that the situation was not in his favour. "Pawar decided against contesting the polls sensing unfavourable situation. There is infighting in the NCP, the party is slipping from Pawar's grip," he said.

Blasting the opposition parties over their criticism of the NDA government after the air strike on terror camps in Pakistan following the Pulwama attack, he asked people if they wanted India's heroes or those who became heroes in the neighbouring country. He also accused the Congress of labelling the "peace-loving" Hindu society as terrorists. Modi said the Congress was scared of fielding candidates in the seats dominated by majority population. Hitting out at the Congress over the 'chowkidar of toilets' remark, Modi said, "Your abuse is an ornament for me."

He accused the Congress and NCP of questioning the valour of soldiers and insulting them after the Pulwama terror attack and Balakot air strike. These parties spoke language that was suitable to be used in Pakistan, he added. Modi also hit out at NCP chief Sharad Pawar, who he said, chose not to contest the Lok Sabha election after deciding to do so first.

This was because the NCP chief sensed an unfavourable situation, Modi said, taunting the latter for "shying away" from poll fight. Modi also claimed there was a family feud in the Pawar family and that Pawar was losing his grip on the party. Modi also termed the Congress' "abuse" that he was a "chowkidar of toilets" as an "ornament" for him. He congratulated ISRO scientists on the successful launch of EMISAT satellite on board polar rocket PSLV-C45 from Sriharikota.