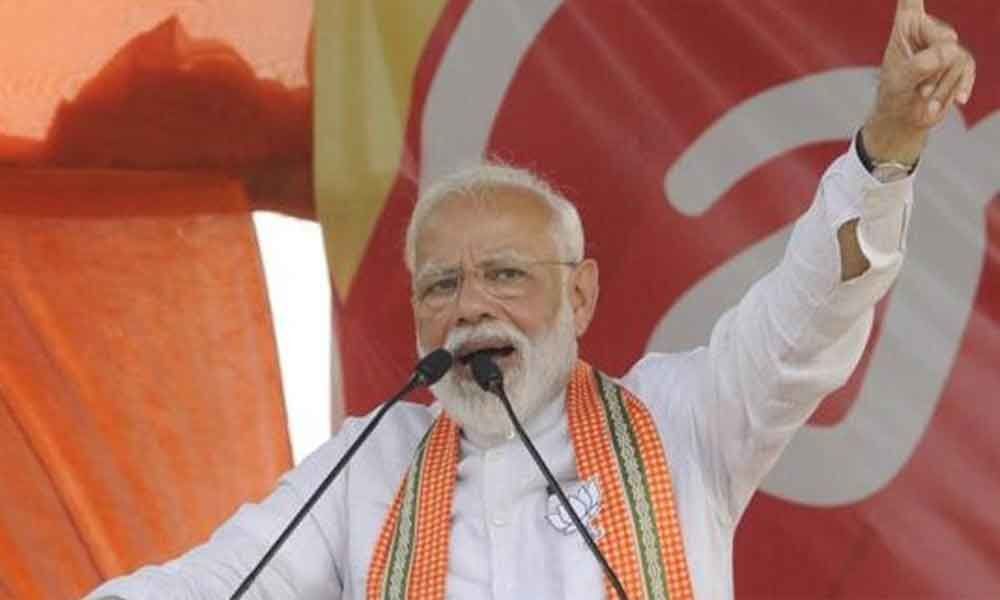 The Prime Minister was addressing an election rally in Azamgarh that has over 40,000 first time voters.

He said: "Twenty years ago, the United Front government brought instability and mid-term elections. The UPA governments made India hang its head in shame with a slew of scams. Such governments cannot face challenges."

The Prime Minister said that parties like the SP-BSP and Congress had promoted vote bank politics which had put the nation in trouble.

"In the past five years, Azamgarh has not been blamed for any terror link. We have checked terror activities that have now been restricted to Kashmir and a few border areas. The 'mahamilavati' governments allowed Pakistan to dominate over us but the BJP government succeeded in getting global support against terrorist Masood Azhar," he pointed out.

The Prime Minister said that his government had not differentiated between castes while drawing up various welfare schemes and electricity was not given on caste basis in his regime.

The Prime Minister concluded his speech with 'Abki baar' and the people responded with 'Modi sarkar'.