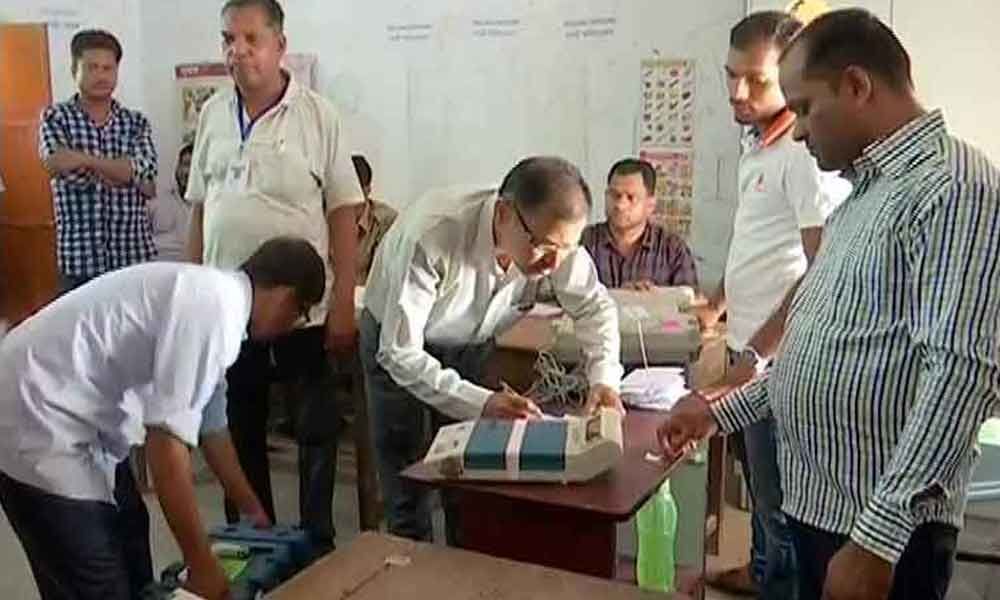 The just concluded second phase of the Lok Sabha elections in Odisha recorded a 72 per cent voter turnout, an official said on Friday.

Bhubaneswar: The just concluded second phase of the Lok Sabha elections in Odisha recorded a 72 per cent voter turnout, an official said on Friday.

Elections were held on Thursday for the Bargarh, Sundargarh, Bolangir, Kandhamal and Aska Lok Sabha seats, and 35 Assembly seats under these parliamentary constituencies.

According to the office of the Chief Electoral Officer (CEO) here, the Bargarh constituency recorded 77.73 per cent voter turnout, while Bolangir registered 74.33 per cent. The voter turnout in the Sundargarh and Kandhamal Lok Sabha constituencies were 71.52 per cent and 69.24 per cent, respectively.

The Aska Lok Sabha constituency at 65.89 per cent recorded the lowest turnout among the five parliamentary seats.

The electors have sealed the fate of 279 candidates, who include 35 for the Lok Sabha seats and 244 for the state Assembly.

The first phase of polling on April 11, held for four Lok Sabha seats and 28 Assembly ones, recorded 73.76 per cent voting.

Simultaneous elections are being held in four phases for the 21 Lok Sabha constituencies in the state and 147 Assembly seats.

The CEO has already recommended re-polling in 6 booths due to the "human error" in cross-matching between the electronic voting machines (EVMs) and the Voter Verifiable Paper Audit Trail (VVPAT) machines in the second phase.