PM Modi will become ex-PM within a month: Asaduddin Owaisi 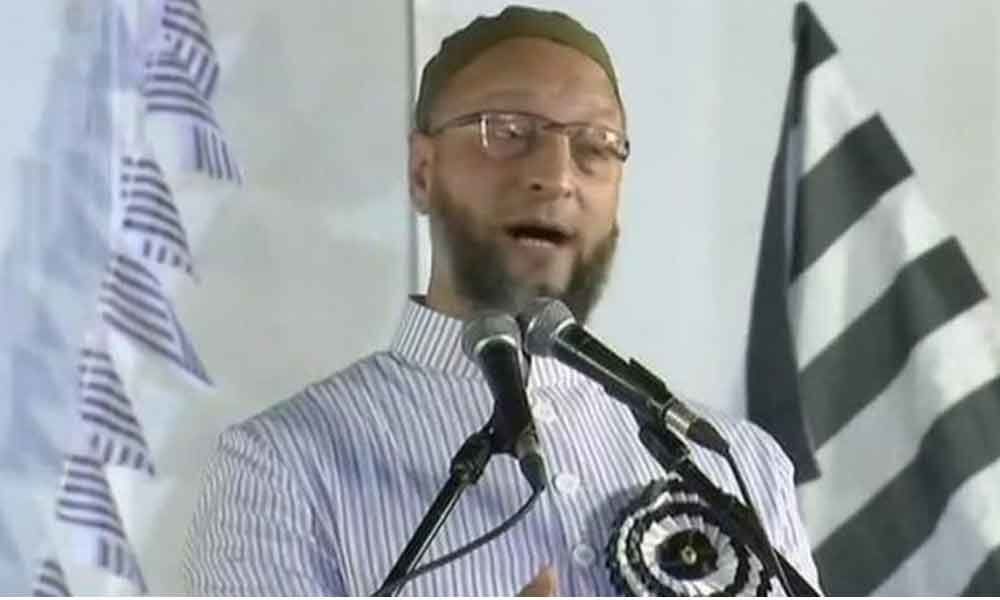 "Insha Allah only one month is left and Prime Minister Narendra Modi is going to become ex-Prime Minister," said Owaisi while addressing a public rally at Aurangabad on Friday.

"At every place Prime Minister Narendra Modi in his useless speeches has been reiterating that security issue has been resolved, terrorism has been controlled, but I ask the PM, BJP and NDA - which also includes Shiv Sena - why have they given a ticket to Sadhvi Pragya Singh Thakur who allegedly planted a bomb near a mosque in Malegaon killing 6 innocent people and injuring hundreds," said Owaisi.

"Is this the proof of fight against terrorism? To give party ticket to someone who has charges of terrorism against her?" asked Owaisi.

Pragya Thakur is among the seven accused facing trial in Malegaon blast case. Six people were killed and a dozen others were injured after a bomb placed on a motorcycle exploded in Maharashtra's Malegaon on September 29, 2008.

"How will the PM ask for votes from the people of Mumbai after Sadhvi Pragya said that Hemant Karkare died because of her curse. Karkare laid down his life fighting the demon Ajmal Kasab and other terrorists from Pakistan. He has not seen who is Hindu and who is Muslim but laid down his life for Hindustan," said Owaisi adding that the "Prime Minister should now break his silence".

In a controversial remark, Sadhvi Pragya had said: "I called Hemant Karkare and asked him to let me go if there is no evidence (against me). He (Karkare) said that he will bring evidence but will not leave me. I told him -- You will be ruined."

BJP was quick to distance itself from Sadhvi Pragya's statement.

The party has fielded her to contest Lok Sabha election against Congress leader Digvijaya Singh from Bhopal in Madhya Pradesh.