Pragya Thakur is a terrorist: Siddaramaiah on Godse is Patriot row 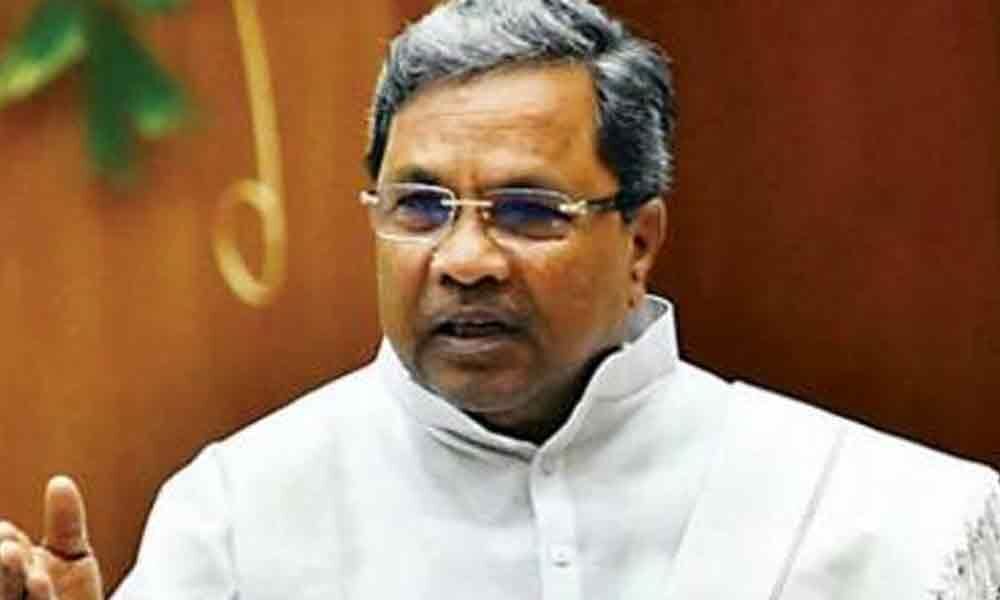 Thakur, the BJP candidate from Bhopal Lok Sabha seat had earlier defended Godse on May 16 by calling him a patriot.

"Mahatma Gandhi was given the title of Mahatma by the people of India but Godse was never given any such title. If people who murder such Mahatmas are called patriots, then all terrorists can be called the same. Pragya Thakur is 100 per cent RSS, a kind of terrorist only. What else can be expected from such a woman?" Siddharamaiah told reporters here.

Thakur, the BJP candidate from Bhopal Lok Sabha seat had earlier defended Godse on May 16 by calling him a patriot.

The senior Congress leader also attacked BJP over the statements given by MPs Anant Kumar Hegde and Navin Kateel in support of Thakur's comments and asserted that they knew nothing about India's past.

"There are many such people in the BJP. There's Anant Kumar Hegde who wants to change the constitution and then there's the MP from Mangalore, Kateel, who do not know the history of India, how the country got independence and what is India's glory, how can we call them patriots," he said.

BJP president Amit Shah, on the other hand, said on Friday that the party will take appropriate action against its Bhopal Lok Sabha candidate Sadhvi Pragya Singh Thakur and two other leaders over the comments hailing Mahatma Gandhi's assassin Nathuram Godse.