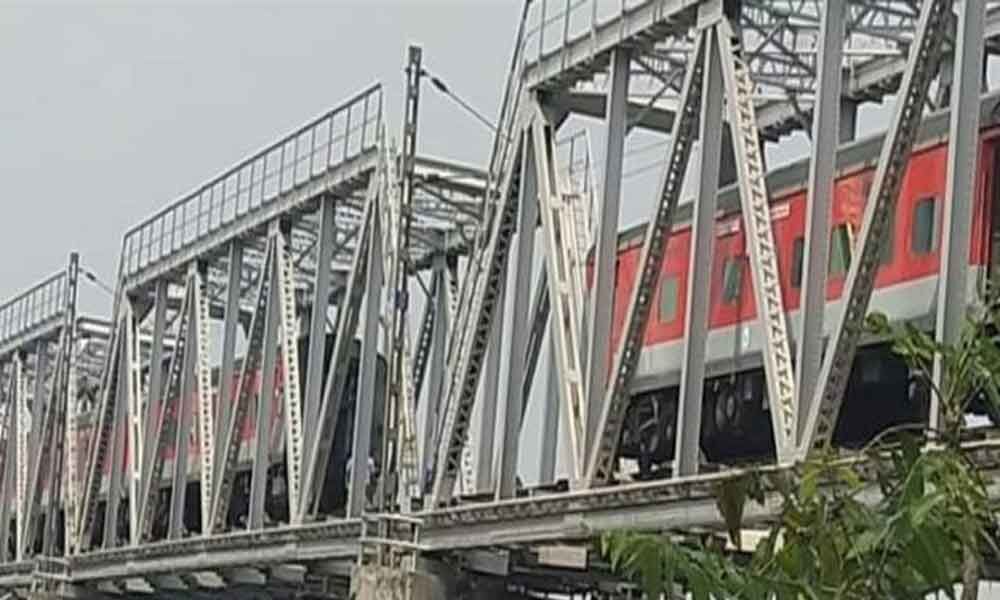 :A mishap was averted as two bogies of the Bhubaneswar-New Delhi Rajdhani Express detached on the Kathjodi river bridge in Odisha's Cuttack on Tuesday.

Bhubaneswar:A mishap was averted as two bogies of the Bhubaneswar-New Delhi Rajdhani Express detached on the Kathjodi river bridge in Odisha's Cuttack on Tuesday.

The East Coast Railway (ECoR) said no one was hurt in the incident.

The train that departed from Bhubaneswar railway station around 9.30 am suddenly came to halt on the bridge, triggering panic among the passengers.

The ECoR, in a statement, said the two coaches B3 and B4 have been replaced as railways do not want to take any chances regarding the safety of passengers.

The Rajdhani Express left Cuttack Station at 14.40 hours after attachment of two new coaches brought from Bhubaneswar and following a complete safety check, as well as full examination of the train for the second time, the ECoR said.

The train was scheduled to leave Cuttack at 10.02 hours, but left eventually at 14.40 hours.