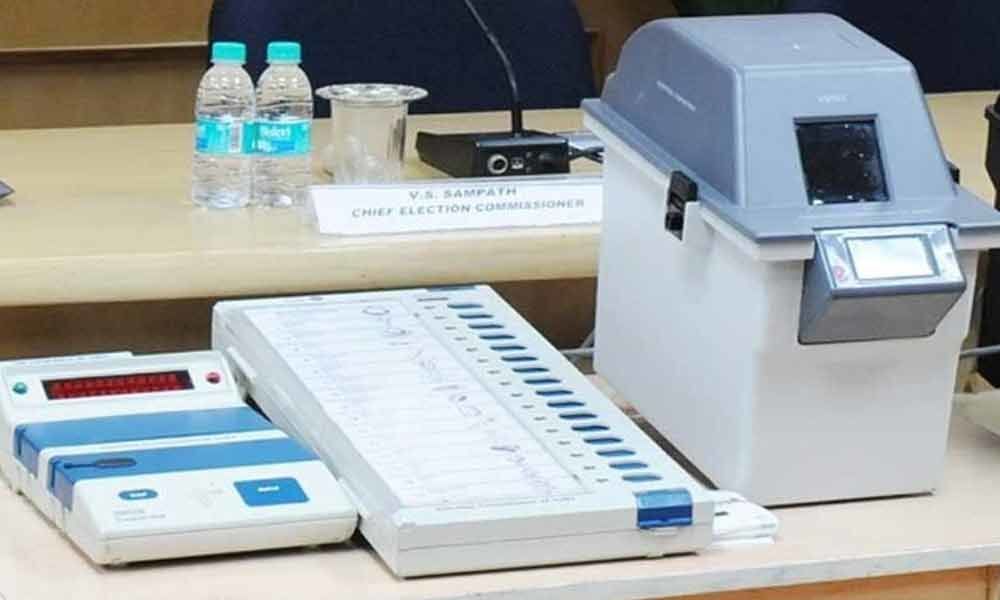 The Supreme Court on Monday ordered the Election Commission to increase the Voter-Verified Paper Audit Trail (VVPAT) slips from one EVM per Assembly constituency to five.

New Delhi: The Supreme Court on Monday ordered the Election Commission to increase the Voter-Verified Paper Audit Trail (VVPAT) slips from one EVM per Assembly constituency to five.

"If the number of (VVPAT) machines can be increased to a reasonable number, it would lead to greater satisfaction, so the endeavour of the court is to find a viable number of VVPATs," a bench of Chief Justice of India Ranjan Gogoi and Justices Deepak Gupta and Sanjiv Khanna said.

"This court would like to observe that neither the satisfaction of the Election Commission, which is a constitutional body, nor the system of EVMs, is being doubted," the bench said.

The court also said that it was not questioning the accuracy of election results, but the issue was of satisfaction of the electorate. The court's direction came on a plea by leaders of 21 Opposition parties who wanted it to be hiked to 50 per cent of EVMs per Assembly constituency.

The Opposition parties had argued that the Election Commission was conducting VVPAT matching for less than 0.44 per cent of EVMs in the country. The Election Commission said that based on inputs from the Indian Statistical Institute, a sample survey of 479 Assembly segments would generate 99.99 per cent accuracy.

The poll body at present matches VVPAT slips of 4,125 EVMs under the "one EVM per Assembly segment" guideline.

Following the court order, the Election Commission will have to count the VVPAT slips of five times as many machines in each constituency, or that of 20,625 EVMs.