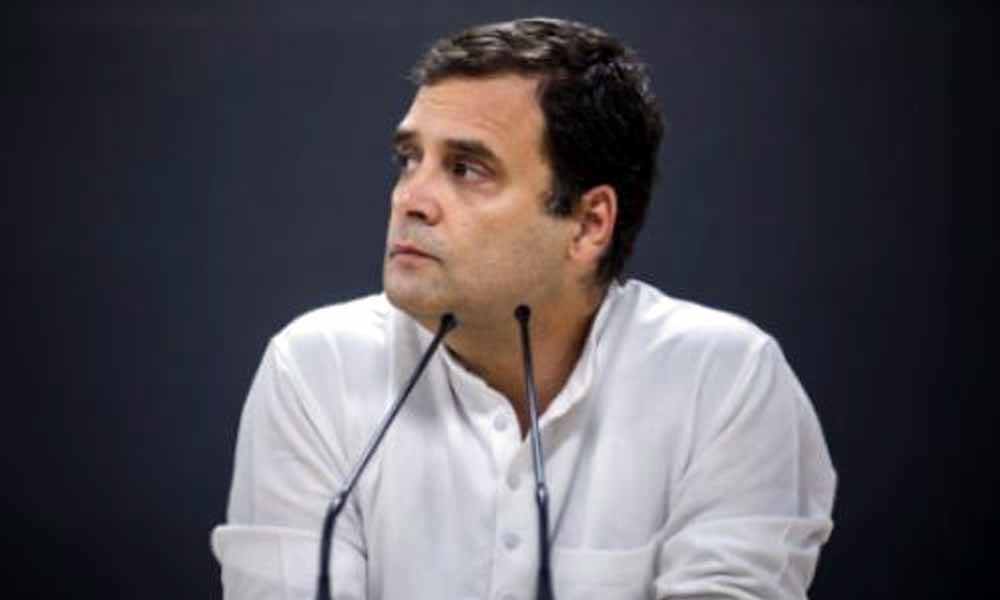 Hours after Vivek Tankha quit as the party's Chairman for Law and RTI cell, many others from Delhi, MP and Haryana too gave up their posts.

NEW DELHI: Several leaders of the Congress have resigned from their posts to give Rahul Gandhi a "free hand" to choose a new team in the wake of the Lok Sabha election disaster although he is adamant on giving up the presidency.

Hours after Vivek Tankha quit as the party's Chairman for Law and RTI cell, many others from Delhi, Madhya Pradesh and Haryana too gave up their posts.

Tankha resigned on Thursday night saying the Congress cannot afford a stalemate for too long and urged Gandhi to revive the Congress as "a fighting force".

In a series of tweets on Friday, Tankha said: "We all should submit our resignations from party positions and give Rahulji a free hand to choose his team... Party cannot afford a stalemate for too long."

He added: "Rahulji, please make drastic changes to revive the party as a fighting force. You have the commitment and determination. Just cobble a good, acceptable and influential nation-wide team."

On Friday afternoon, Rajesh Lilothia, who was also a party candidate from North West Delhi, resigned as the Delhi Congress Working President.

The Congress this week dissolved all district committees of its Uttar Pradesh unit and formed a three-member disciplinary committee to look into acts of gross indiscipline and anti-party activities during the Lok Sabha elections.

The Congress suffered a major defeat in the elections, winning just 52 seats. Gandhi himself was defeated in Amethi in Uttar Pradesh although he was elected to the Lok Sabha from Wayanad in Kerala.

Gandhi announced his decision to quit as Congress President after the election results but the Congress Working Committee (CWC) wants him to continue.

On Thursday too, Gandhi made it clear to General Secretary K.C. Venugopal that he was determined to give up the presidency. At the same time, Gandhi has said that he will chair crucial meetings until a new party chief was found.