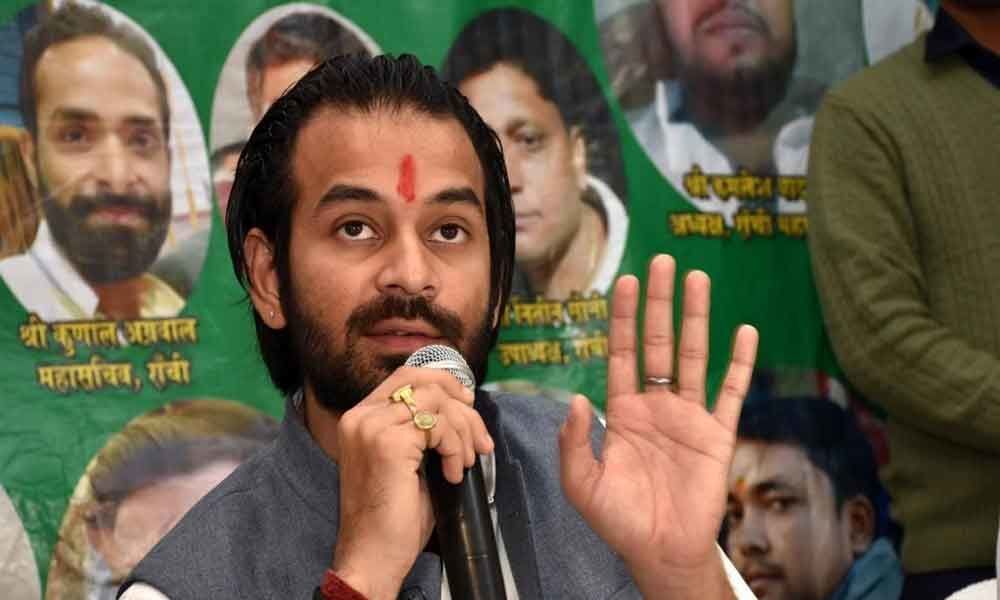 As per initial reports, the caller identified himself as RJD student wing leader. An FIR lodged has been registered in the connection.

The matter came to fore after Tej Pratap wrote a letter to police, requesting a formal investigation into the matter.

As per initial reports, the caller identified himself as RJD student wing leader. An FIR lodged has been registered in the connection.

"My personal assistant Srijan Swaraj received a phone call on his number, the unknown caller has threatened to kill me and Srijan. He was claiming to be RJD's student wing leader. This is very sensitive and the case is about the security. Srijan has the recording of that call," Tej Pratap stated in his letter to in-charge of Secretariat police station asking him to register an FIR.

This comes few days after Tej Pratap resigned as the 'sanrakshak' (mentor) of the RJD's students' wing and launched a new political front called 'Lalu-Rabri Morcha' amid the ongoing feud in the family.

I am resigning from the post of Chhatra Rashtriya Janata Dal Sanrakshak. Those who think I am ignorant are ignorant themselves. I am well aware of who is worth what," Yadav tweeted in Hindi.