They began with jeeps, moved to guns: PM attacks Cong on scams 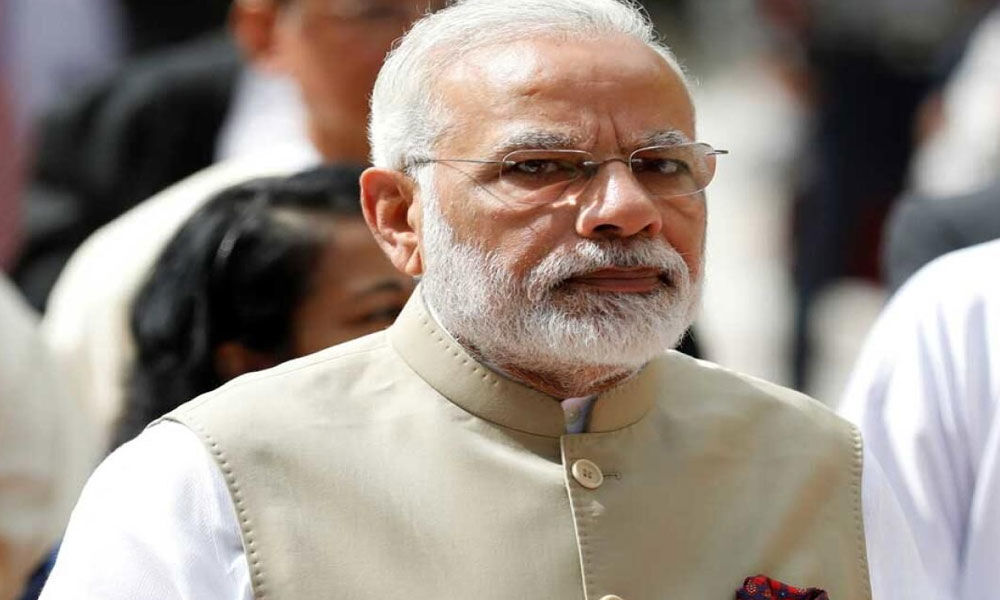 New Delhi: Prime Minister Narendra Modi on Wednesday launched a sharp attack on the Congress over dynastic politics saying that the institutions are it...

New Delhi: Prime Minister Narendra Modi on Wednesday launched a sharp attack on the Congress over dynastic politics saying that the institutions are its biggest casualty. "From the press to Parliament. From soldiers to free speech. From the Constitution to courts. Institutional insult is Congress way," Prime Minister Narendra Modi said in a lengthy blog post in a bid to counter Congress's charges that the NDA government has undermined the freedom of constitutional authorities.

"After 1947, every Congress government has seen multiple defence scams. They began with jeeps and then moved to guns, submarines and helicopters" Modi said, adding, "Every middleman is linked to one family."

Modi further said: "The Congress' modus operandi is simple- reject, discredit and threaten. If a judicial verdict goes against them, they reject it, then they discredit the judge and thereafter, talk about bringing impeachment motions against the judge." He said the mandate of 2014 was epoch-making also because it was for the first time in the history of India that a non-dynastic party was blessed with a complete majority.

The Prime Minister said that his government worked with the spirit of India First instead of Family First. He said, over the last five years, the Indian economy has been the cynosure of the world's eyes and country has made remarkable achievements in sanitation coverage from 38 per cent in 2014 to 98 per cent now, banking the unbanked, financing the un-financed, building futuristic infrastructure, homes for the homeless, providing healthcare for the poor and educating the youth.

Taking on the Congress for imposing emergency in the country, the Prime Minister said, when the sunset on the evening of 25th June 1975, it took with it the democratic ethos of the country.

Senior Congress leader Kapil Sibal refuted the Prime Minister's claims of 'dynastic politics' prevalent in the Congress. He said instead of talking about dynastic politics, Modi should focus on issues confronting the people, such as farm crisis and joblessness.