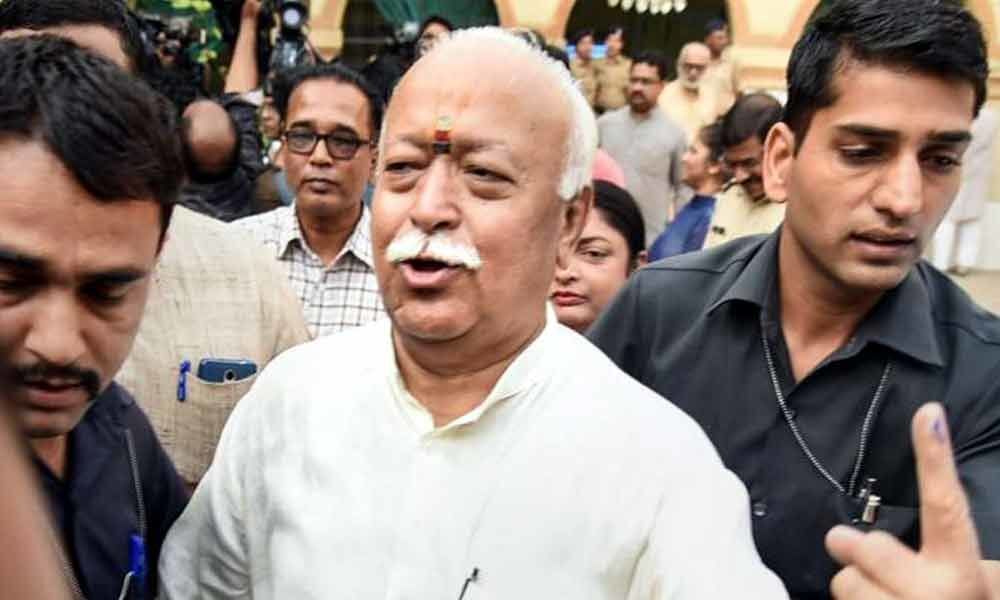 “I hope the government elected after polls will work in the interest of the nation," he added.

The voters should exercise their franchise for any candidate, and not just opt for the "None of the Above" (NOTA) option presented on the electronic voting machines (EVMs) said RSS chief Mohan Bhagwat.

After casting his vote in Maharashtra's Nagpur constituency, where the BJP's candidate is Union minister Nitin Gadkari, Bhagwat was talking to reporters. "Voting is our duty. Everyone should vote," the RSS chief said. The NOTA option should not be used by the voters, he added.

Along with Rashtriya Swayamsevak Sangh (RSS) general secretary Bhaiyyaji Joshi, Bhagwat reached at a polling booth at Bhauji Daftari School in Mahal area around 6.50 am.

After exercising his franchise, Bhagwat was talking to media-persons, appealing the citizens to come out to vote in large numbers. "Voting is necessary and a sacred responsibility of all. Vote for national security, development and identity," he said.

Bhagwat said one has to say what he/she wants, on the NOTA option. "Being quiet does not work. You have to say yes or no," he added.

Joshi also appealed people to support voting. "People should express their choice," he said, and asked them to vote for the candidate whom they think is appropriate. "I hope the government elected after polls will work in the interest of the nation," he added.

All these constituencies are located in the state's Vidarbha region.