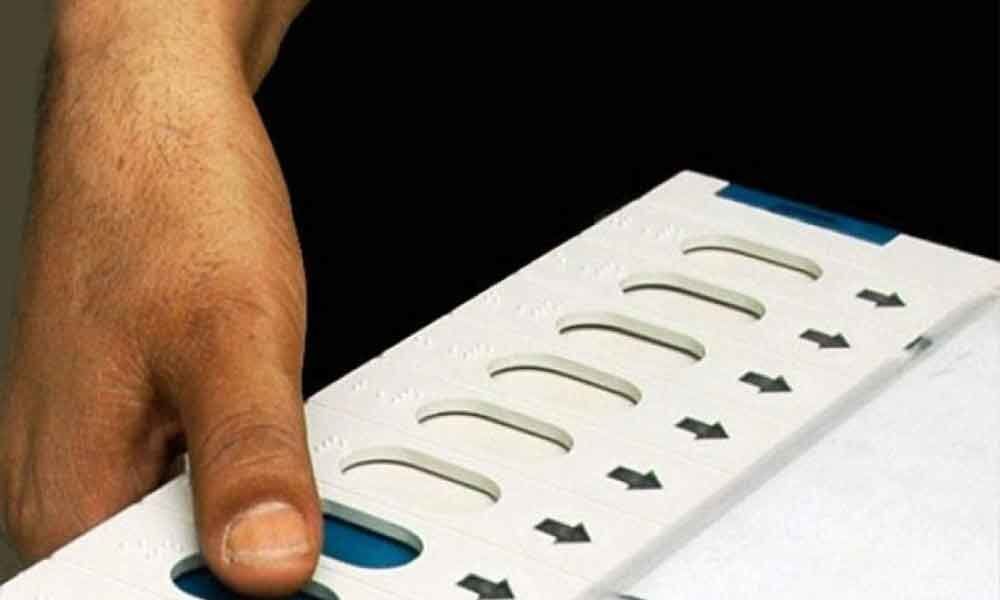 Polling gathered the maximum pace in Aligarh and Mathura after a slow start.

Lucknow: Voting picked up with an overall polling percentage of 24.31 being reported from eight parliamentary constituencies in Uttar Pradesh in the first four hours.

Babbar is contesting from Fatehpur Sikri against BJP's Rajkumar Chahar and BSP's Shreebhagwan Sharma, a two-time MLA from Debai assembly constituency of Bulandshahr. In the temple-town constituency of Mathura, Bollywood "dream girl" of yesteryears, Hema Malini, is seeking re-election after winning the seat in 2014. The other candidates in the fray are Kunwar Narendra Singh of Rashtriya Lok Dal and Mahesh Pathak of Congress.

In Amroha, sitting BJP MP Kanwar Singh Tanwar has locked horns with Bahujan Samaj Party's Kunwar Danish Ali, who recently joined the party after quitting as the general secretary of Janata Dal (Secular). The eight Lok Sabha seats were bagged by BJP in 2014. This time it faces a tough fight from the SP-BSP-RLD alliance. In this phase, BSP has fielded candidates on six of the eight constituencies. SP and RLD are contesting Hathras and Mathura, respectively, as part of the alliance.

The Election Commission has set up 16,162 polling booths in 8,751 polling centres for this phase in the state. There are 85 candidates in the fray for the eight seats, with 15 of them, the highest, in Fatehpuri Sikri. In Agra, UP's Animal Husbandry, Minor Irrigation And Fisheries Minister S P Singh Baghel (BJP) is taking on Preeta Harit of Congress and Manoj Kumar Soni of BSP. In Aligarh, the fight is among Satish Gautam (BJP), Ajeet Baliyan (BSP) and Bijendra Singh (Congress).

In Bulandshahr, Bhola Singh (BJP), Yogesh Verma (BSP) and Banshi Singh (Congress) are in contest. In Nagina, BJP's Yashwant Singh is defending his turf against Omvati Devi of Congress and Girish Chandra of BSP.