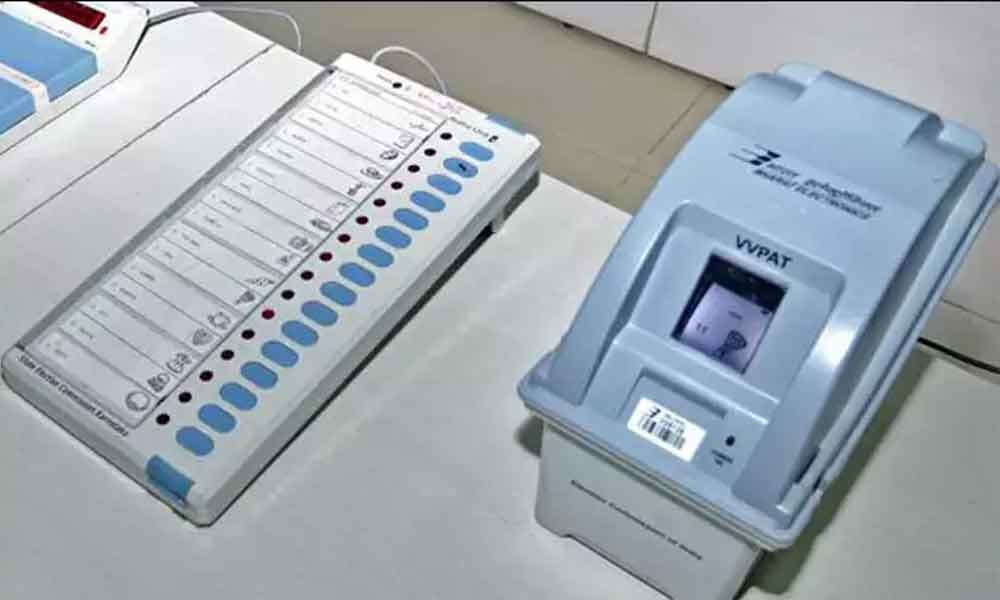 The top court said its direction was issued keeping in mind the confidence of voters and credibility of the electoral process.

New Delhi: The Election Commission said on Monday it will make all-out efforts to implement the directions of the Supreme Court to increase random matching of EVM results with paper trail machine slips from one polling station per assembly seat to five "with immediate effect".

The Supreme Court has directed the poll panel to increase random matching of the voter-verifiable paper audit trail (VVPAT) slips with electronic voting machine results from one polling station per assembly segment to five, in the seven-phased Lok Sabha polls beginning April 11.

The top court said its direction was issued keeping in mind the confidence of voters and credibility of the electoral process.

"The ECI shall make all-out efforts to operationalise and implement the directions of the Supreme Court with immediate effect," a Commission spokesperson said.

A bench headed by Chief Justice Ranjan Gogoi also did not agree with the demand of 21 opposition parties that matching of EVM-VVPAT results be done in 50 per cent cases saying it will require huge manpower and will not be feasible in view of infrastructural difficulties.

The bench also comprising Justices Deepak Gupta and Sanjiv Khanna disposed of the petition filed by opposition parties, including TDP chief Chandrababu Naidu, on the issue.

After votes are cast, the polling station where VVPAT slips are matched with EVM results is decided by a draw of lots or lottery system in the presence of candidates.

Voter-verifiable paper audit trail or paper trail machine is a device which dispenses a slip with the symbol of the party for which a person has voted for.

The slip appears on a small window for seven seconds and then drops in a box. The voter cannot take it home. VVPATs are used in all polling stations. Till now, results of EVMs and VVPATs are matched in one polling station per assembly segment.