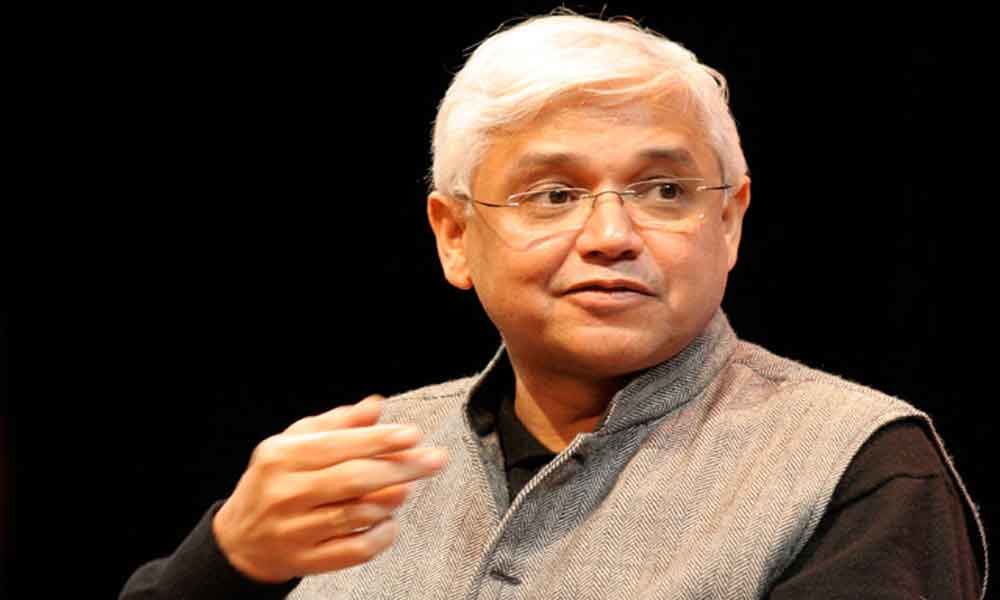 Amitav Ghosh, who just won the Jnanpith Award, says he really wants to pay attention to the ways things are changing across the world, including environmental changes, and write about these.

Delhi: Amitav Ghosh, who just won the Jnanpith Award, says he really wants to pay attention to the ways things are changing across the world, including environmental changes, and write about these.

After presenting him the Jnanpith Award on Wednesday, former West Bengal governor Gopalkrishna Gandhi had said Ghosh should consider using his pen to warn Indians about the "inflammability of hatred among communities" in the country.

Gandhi had also urged 62-year-old Ghosh, who became the first English writer to be conferred with Jnanpith Award, to "save the India of Gautam Buddha and Vardhaman Mahavir from hate".

When asked whether he would consider these issues while writing his next book, Ghosh says right now, what is really needed - not just in India but around the globe - is paying attention to the world and to the ways things are changing, the ways in which the whole world is impacted by all the kind of environmental changes.

In 2016, he had come out with a non-fiction title The Great Derangement: Climate Change and the Unthinkable in which he examined the inability at the level of literature, history and politics to grasp the scale and violence of climate change.

And now his new book Gun Island talks of a world on the brink, of increasing displacement and unstoppable transition.

Ghosh says writers and publishers now face a challenge of finding ways to divert the attention of younger people to books.

We are now in a world where for younger people especially, consumption of news and stories comes through the phone. In a way they are completely tied to the phone. We have to try and think how to make books part of their lives, he says.

According to him, people are forgetting that there is a very short attention span while interacting with a phone.

To read a book you need to concentrate for hours and hours while you can concentrate on a phone for very less time like 20-25 minutes. You could say that people are now forgetting in some ways how to read anything longer than two-three pages.

On his Jnanpith win, Ghosh says it is an extraordinary feeling.

When I heard about the award, I couldn't believe it. If you grow up within a kind of literary world, Jnanpith is something completely unique, something unto itself. I really never could have imagined that I would get it partly because I write in English and also you take for granted that this was not the kind of thing you would expect, he says.

He was in Colombo having lunch with his friends when he got the call informing him about his win.

I was so amazed that it could have knocked me down with a feather. It was a completely amazing and wonderful moment, he says.

Ghosh, a Padma Shri and Sahitya Akademi awardee, has authored novels like "Shadow Lines", "The Glass Palace", "The Hungry Tide", and Ibis Trilogy -- "Sea of Poppies", "River of Smoke", "Flood of Fire".

In Gun Island , published by Penguin, Dinanath aka Deen, a dealer of rare books, is used to a quiet life spent indoors, but as his once-solid beliefs begin to shift, he is forced to set out on an extraordinary journey; one that takes him from India to Los Angeles and Venice via a tangled route through the memories and experiences of those he meets along the way.

There is Piya, a fellow Bengali-American who sets his journey in motion; Tipu, an entrepreneurial young man who opens Deen's eyes to the realities of growing up in today's world; Rafi, with his desperate attempt to help someone in need; and Cinta, an old friend who provides the missing link in the story they are all a part of. It is a journey which will upend everything he thought he knew about himself, about the Bengali legends of his childhood and about the world around him.

Gun Island is also a story of hope, of a man whose faith in the world and the future is restored by two remarkable women.