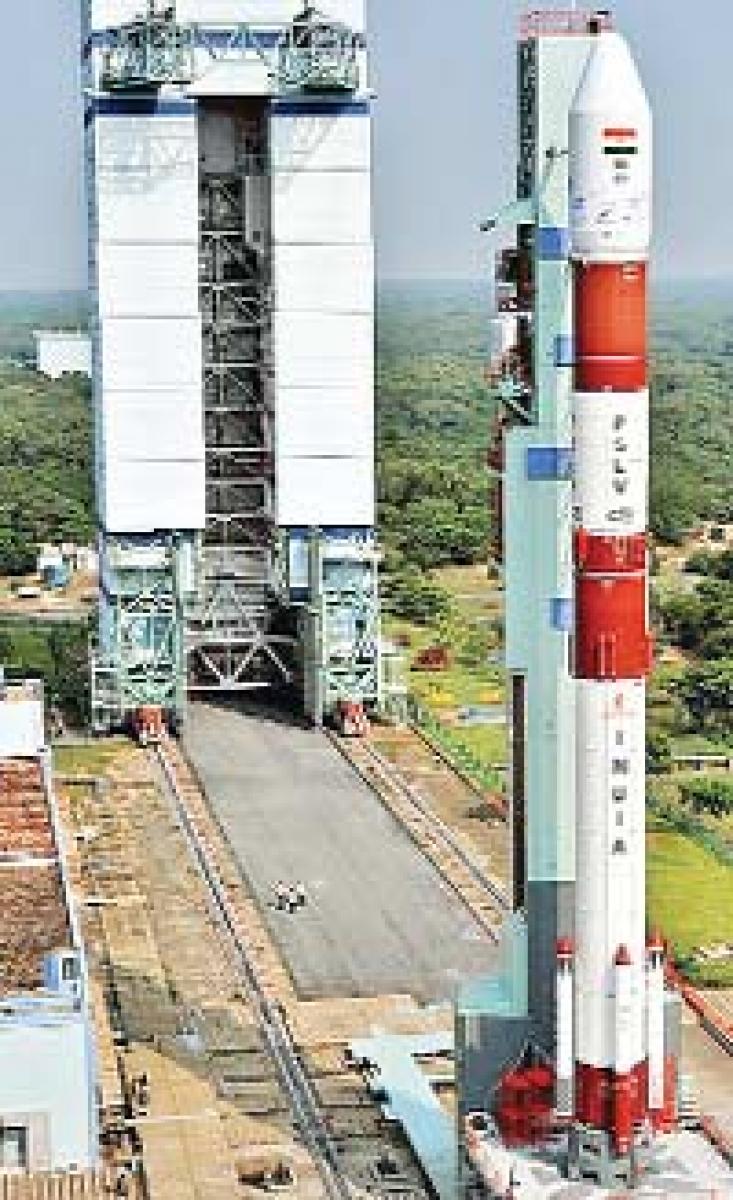 Nellore: ISRO will launch its 32nd flight of PSLV commercial mission C-29 for placing six satellites of Singapore into the low earth orbit at 6 pm on December 16 from Satish Dhawan Space Centre, SHAR, Sriharikota for remote sensing applications. These six Singaporean satellites will be lifted off into a 550-km circular orbit inclined at 15 degrees to the equator.

The PSLV-C29 will be launched from the First Launch Pad at Satish Dhawan Space Centre (SDSC) SHAR, Sriharikota. The satellite, VELOX-CI, is a 123-kg microsatellite, designed and developed by Nanyang Technological University (NTU) of Singapore, for research in tropical environmental monitoring using radio occultation techniques.

VELOX-II is a 13-kg 6U-Cubesat tech demonstrator with three payloads such as communications payload, GPS experimental payload and Fault tolerant Payload, and it was developed by NTU and it will be operated from the ground station in NTU.

The third one, Athenoxat-1, is a tech demonstrator nano-satellite; designed, developed and built by Microspace Rapid Private Limited in its Singapore lab. It will be used for earth remote sensing based on a 3U-Cubesat form factor as a piggyback.

Galassia, developed by National University of Singapore, is a 3.4 kg 2U-Cubeseat that carries two payloads and one measures the total electron count in the ionosphere above Singapore and the other is a Small Photon- Entangling Quantum System to acquire quantum correlation data in space.

Now, ISRO is injecting the satellites in ‘Core-alone’ design without using the solid strap-on motors, which is the 11th flight in the series of PSLV configuration. The total satellites lunched in 2015 were 14 satellites -3 Indian and 11 foreign- from its centre in Sriharikota. With the 6 Singaporean satellites scheduled to be launched on December 16, ISRO’s score of satellites launched in 2015 will be 20.