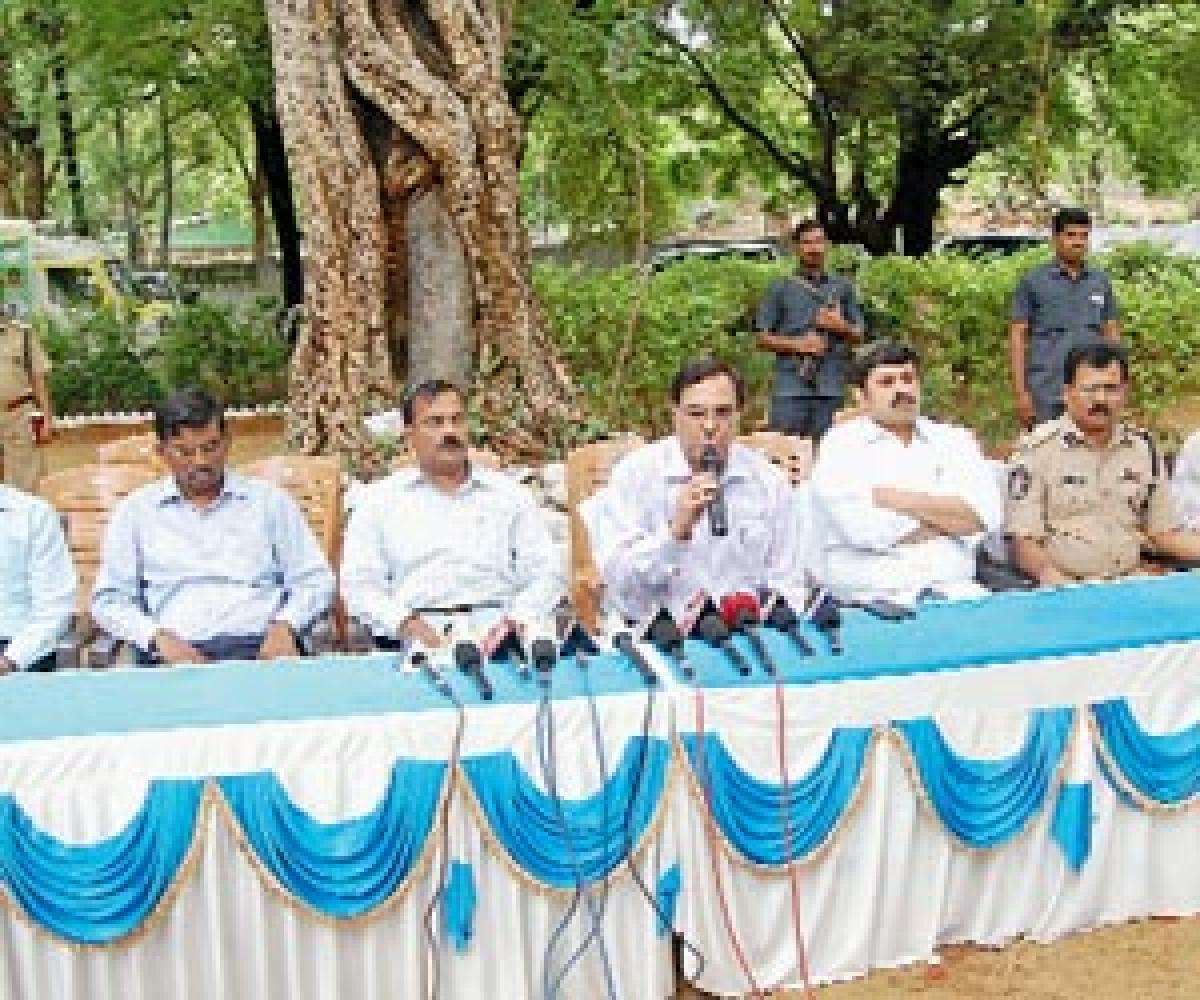 Chittoor: Principal Chief Conservator of Forests (PCCF) S B L Misra asked Police, Forest and Revenue departments to work with coordination for curbing red sanders logs smuggling. Misra participated in a function organised in reserve forest here as part of Nagaravanam programme on Wednesday. The PCCF stated that smuggling of red sanders logs is still continuing despite serious efforts of Police and Forest departments. He called for stern action against international red sanders smugglers. Misra admitted that there is shortage of staff in Police and Forest departments to tackle the menace of red sanders smuggling. The PCCF said that the government is actively considering for disposing of the accumulated seized vehicles. He directed the officials of the Forest department to take up massive plantation drive in the district.

District Collector Siddharth Jain said that he would instruct the Revenue officials to extend their support to the Police and Forest departments in bringing down the red sanders smuggling in the district. He stressed on the need for creating awareness among people to protect forests. Red Sanders Anti-Smuggling Task Force (RSASTF) Head and IG Kantha Rao has explained the various measures taken by the RSASTF for curbing red sanders logs smuggling. District SP G Srinivas, Divisional Forest Officers Chakrapani, Chalapathi Rao and other officials were present. Later, the PCCF has planted a sapling in the reserve forest. Followed by, District Collector, SP and other officials. In a closed meeting, officials have discussed on various issues related red sanders smuggling and efforts to be taken for curbing activities.