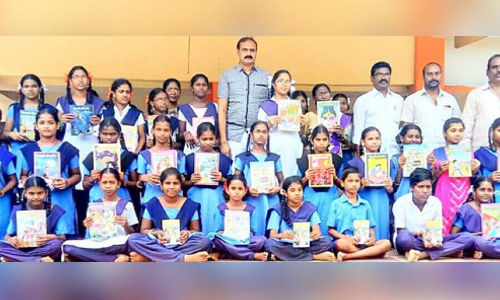 Addressing the students on the occasion, the college principal, Ch Haranadh said contribution by Gidugu and Gurajada to popularize Telugu was laudable.

Telugu lecturer Tangi Ogeswara Rao called upon the students not to ignore mother tongue Telugu under the influence of craze for foreign languages.

Lecturers Srinivasa Rao, G Venata Rao and others spoke on the occasion.

Head mistress B Prabha Manjari, Telugu teacher P Sai Babu and others explained to students about the significance of the day.

The students were given prizes in various competitions held on the occasion.